I'm a part of the Cinder Paperback Blog Tour today :D I'm so happy about that, because Cinder is an amazing book. It's so well written, and just so amazing. The story is perfect, and the characters are so great. The sequel, Scarlet, is out in early February, and it's just as good. I loved it. My favorite character in these books are Prince Kai, so I'm super excited to be posting a profile about him today :D Thank you so much Marissa. <3 And Macmillan Kids for letting me be a part of this amazing tour :)
My book recommendation for Cinder is here. My review for Scarlet here. The blog tour schedule here.
There is also a US/Canada giveaway for a the Cinder paperback at the end of the post, thanks to Mamillan :) If you still haven't read Cinder, then you must enter! Cinder is a book everyone must read. 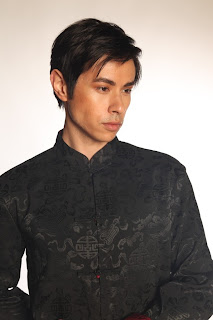 At eighteen years old, Kai has lost both his parents to letumosis, the horrific plague that’s claimed thousands of Earthen lives, and been crowned Emperor of the Eastern Commonwealth. In addition to trying to find the cure to the disease, Kai must stave off the attentions of Queen Levana, the Lunar monarch who is determined to gain control of the Commonwealth—and Earth. She’s seeking a marriage alliance with the young emperor, but she’s not above starting a full-out war with her strange and brutal army if it will help her accomplish her goals.

Kai’s responsibilities are further complicated by his feelings for Linh Cinder, the clever mechanic who had somehow captured his heart while helping him uncover the secrets of the queen’s lost niece and the true heir to the Lunar thone. But it turned out Cinder had been keeping a few secrets of her own and now Kai doesn’t know if he can trust her… even if he’s finding it impossible to forget her. 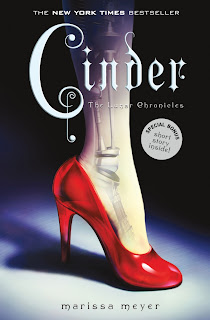 Pre-Order Scarlet, send in your receipt and you could get a Scarlet-branded lip gloss! US only! Get the details: goo.gl/yycA5 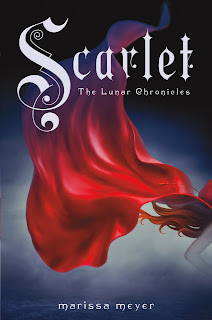 Download the short story Glitches for only 99 cents: http://goo.gl/ggtcJ

Download the new short story The Queen’s Army for only 99 cents: http://goo.gl/bmX4z

Become a fan of The Lunar Chronicles on Facebook where you can stay up-to-date on all things Lunar! https://www.facebook.com/lunarchronicles