Today I'm sharing the cover for Keeper of the Lost Cities: Exile with you all :D It's the sequel to Keeper of the Lost Cities, which was totally amazing. A perfect middle grade book. I'm super excited to read this sequel. It will be amazing. Sigh. I just wish there will be a lot of Fitz as well, cause he was so awesome. And I just adored Sophie :) And ohh! The summary! It's so good. I cannot wait to read this! Exile will be amazing. I want it right away. And oh my god! This cover is STUNNING. Just as pretty as the first one. Gah. Just think of the swag! I want want want. A bit sad that it is Keefe on the cover, and not Fitz.. but hoping that doesn't have anything to do with the book :) What do you think of the cover? 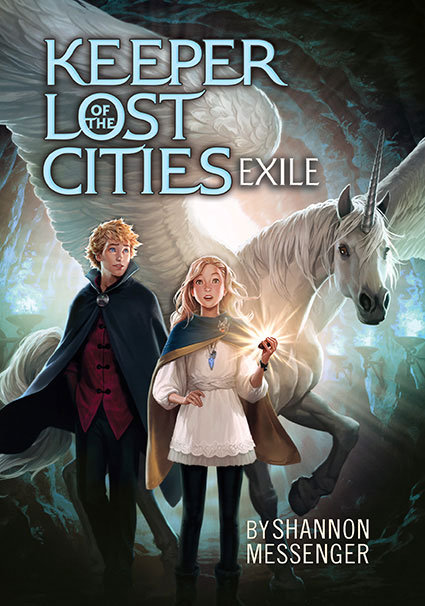 Sophie Foster thought she was safe. Settled into her home at Havenfield, surrounded by friends, and using her unique telepathic abilities to train Silveny--the first female alicorn ever seen in the Lost Cities--her life finally seems to be coming together.

But Sophie's kidnappers are still out there. And when Sophie discovers new messages and clues from the mysterious Black Swan group, she's forced to take a terrifying risk--one that puts everyone in incredible danger.

As long buried secrets rise to the surface, it's once again up to Sophie to uncover hidden memories--before someone close to her is lost forever.

In this second book in the Keeper of the Lost Cities series, Sophie must journey to the darkest corners of her luminous world in a sequel that will leave you breathless for more. 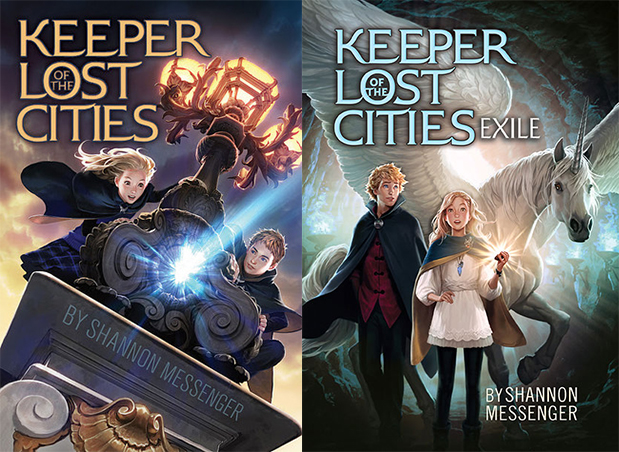