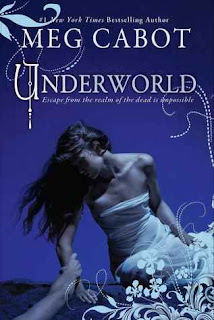 I would like to start by saying that the summary for this book is crap. It isn't right at all; although, well, a few things are. But not the important parts. Would also like to say that while I liked this book a tiny bit more than the first one, it still isn't more than three stars. Maybe three point five. But only maybe. I wanted to love it. I really did. Just couldn't get over how badly written and unbeliveable it was :\

Even though I didn't enjoy this series much I must admit that I love the book covers. They are gorgeous. Although, uhm. The words on the covers don't make much sense with the story. Like the UK cover pictures the most; getting both of those. :) I'm sad that I didn't love these books. I wanted to. I really did. And I did try to love them. It just didn't work. Will still read the final book, though :)

I fear that this will be another mostly negative review. It's not that I want to write a negative review. But I do want to write my thoughts on this book, and they aren't really good ones. A few, but not much. Oh, well. You don't have to read it. :) Gonna share it anyway, though. No spoilers. I think. But there is spoilers for the first book; Abandon. Just so you know.

After finishing Abandon, and having giving it some thought, I wasn't sure if I wanted to read this second book. I wanted to know what happened next, but I also couldn't really stand to read more of the bad writing and the bad main character. But I felt like I was only half-finished. So I needed to read it. And I am glad I did. Even though I didn't like it much. It was an interesting book. For the most part.

It has all the same flaws as the first book; which I mentioned in my review yesterday. I hated the writing. Still felt like a journal; and it is NOT supposed to be a journal. At all. So I didn't like that. Plus I don't like how things were described because they didn't seem real at all; just silly. Then there was the main character; Pierce. I still didn't like her. She isn't a good main character.

She can be kind. But to me she is just cruel most of the time and really stupid. And she is always crying. Which did not make sense, because to me she didn't have anything to cry over. Things weren't THAT bad. At all. Plus, this whole book happened in less than two days. Which was even weirder. Because Pierce is "missing." And already everyone knows she is, and there is a 1 million reward for finding her. Which was a bit over the top, to be honest. Especially since we never saw her father.

Yeah, I just didn't like Pierce. I wanted to. But in my eyes she was just too silly and not very smart at all. Also. She is supposed to be in love with  John. But she also "hated" him the day before. She had no reason to hate him, of course. But we didn't SEE any reason for why she started loving him, either. Well, I did. But that doesn't say why she did. Because it didn't make much sense.

You see, Pierce and John didn't seem to be alone at all. And they were only with each other for a few days. And it was all too weird. Because Pierce was weird. And John wasn't written well. He wasn't really a person to love. I mean, there wasn't any reason to hate him. But Pierce is getting all of these stupid reasons to hate him, and I don't like it. There just wasn't any reason to like him, either.

What I disliked most about how Pierce treated him, however, was that she kept insisting that he was a killer. And he probably is, considering he has been there for close to two hundred years. But that isn't any of Pierce's business. She thinks he is such a bad killing person because he has protected her only twice from two people. By hurting them A TINY BIT. And I hated that she judged him for that. I wish he had killed them; and I wouldn't have blamed him one bit.

Anyway! I just didn't like the characters at all. I could probably talk about them forever, but I don't really want to :p Just want to try to forget the bad parts. Because there are a few good parts. I did enjoy the plot. I didn't love it, because it isn't really done well at all. It is sort of pathetic. But it did have potential. And that is kind of depressing, really. But it was interesting to read. Why I didn't give up :)

Don't know what else to say. The book is weird, and not written well. The characters are annoying and not written well, either. The plot could have been so much better. But I still sort of liked the book. I think. Either way, I am going to read the next one. :) And you should read this if you read book one :)

Goodreads - Buy it
Posted by Carina Olsen at 8:39 PM