Thrilled to take part in sharing about the release day for this goorgeous book. I adored Wolf By Wolf SO MUCH and I cannot wait for you all to read it too :D It is different and it is the most perfect. The writing is gorgeous. The characters are amazing. The plot is all kinds of heartbreaking and exciting. I simply can't wait to read this precious book again. <3 See my five star review for this precious here. Also, Ryan is all kinds of awesome too. So kind. I'm excited to read more books by her too. Now I'm just waiting for the sequel to this one :D Thank you Jaime and Rachel at Rockstar Book Tours for letting me take part in this release day celebration :) There is also this awesome US giveaway at the end. Best of luck. Have any of you read this book yet? :D If not, then you must go get it today. It is so worth reading. I promise.

"Once upon a different time, there was a girl who lived in a kingdom of death. Wolves howled up her arm. A whole pack of them--made of tattoo ink and pain, memory and loss. It was the only thing about her that ever stayed the same.

Her story begins on a train."

And so begins the story of Yael, a girl who can change her appearance to mimic any other female. A girl who must win a 20,000 kilometer cross-continental motorcycle race from Germania to Tokyo so that she can have an audience with Adolf Hitler. A girl who has every intention of killing him.

Whenever I describe the premise of WOLF BY WOLF to people, the reactions I get are quite similar. It's the "are-you-insane-or-are-you-onto-something" face: dropped jaw, squiggly eyebrows. I must admit, I felt many of those same feelings when I first started penning Yael's story. Alternate history + sci-fi + epic motorcycle journey felt like a strange recipe for a novel. But I pushed through my fears and kept writing, and I couldn't be happier with the result. I, for one, don't think I'm insane, but I'll let you, dear reader, come up with your own conclusion. 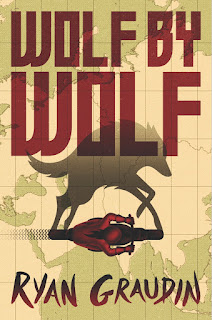 Code Name Verity meets Inglourious Basterds in this fast-paced novel from the author of The Walled City.

The year is 1956, and the Axis powers of the Third Reich and Imperial Japan rule the world. To commemorate their Great Victory over Britain and Russia, Hitler and Emperor Hirohito host the Axis Tour: an annual motorcycle race across their conjoined continents. The victor is awarded an audience with the highly reclusive Adolf Hitler at the Victor's ball.

Yael, who escaped from a death camp, has one goal: Win the race and kill Hitler. A survivor of painful human experimentation, Yael has the power to skinshift and must complete her mission by impersonating last year's only female victor, Adele Wolfe. This deception becomes more difficult when Felix, Adele twin's brother, and Luka, her former love interest, enter the race and watch Yael's every move. But as Yael begins to get closer to the other competitors, can she bring herself to be as ruthless as she needs to be to avoid discovery and complete her mission? 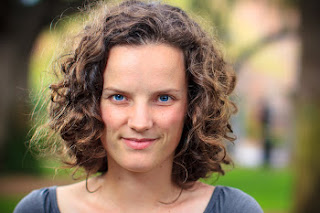 Ryan Graudin grew up in Charleston and graduated from the College of Charleston with a degree in Creative Writing in 2009. She is the author of All That Glows and The Walled City. She resides near Charleston with her husband and wolf-dog. You can find her online at www.ryangraudin.com.

One winner will receive a signed finished copy of the book with a special WOLF BY WOLF pin.
The giveaway is US Only. Ends on October 26th at Midnight EST! 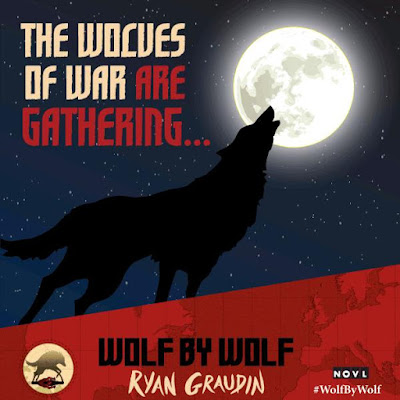