Hi everyone :D Today I'm sharing about how the ebook for Midnight Thief by Livia Blackburne is on sale for just $0.99 :D Which is such an awesome deal. I read this gorgeous book last year, and I enjoyed it so much. See my review here. <3 I have not yet read the sequel, but so excited to do so soonish :D I think it will be awesome. If you guys haven't read Midnight Thief yet, then you really, really need to buy it today or this weekend. This ebook deal is aaamazing. It will be possible to buy for just $0.99 from September 10th to 13th :D Be sure to not forget to buy it. Thank you Livia for letting me be a part in sharing about this awesome deal. <3 Thank you also for hosting this aaamazing International giveaway at the end of the post too :D You must all enter to win. If you have read it already, what did you think? :) 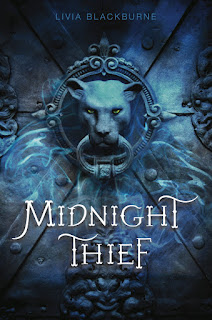 Growing up on Forge’s streets has taught Kyra how to stretch a coin. And when that’s not enough, her uncanny ability to scale walls and bypass guards helps her take what she needs.

But when the leader of the Assassins Guild offers Kyra a lucrative job, she hesitates. She knows how to get by on her own, and she’s not sure she wants to play by his rules. But he’s persistent—and darkly attractive—and Kyra can’t quite resist his pull.

Tristam of Brancel is a young Palace knight on a mission. After his best friend is brutally murdered by Demon Riders, a clan of vicious warriors who ride bloodthirsty wildcats, Tristam vows to take them down. But as his investigation deepens, he finds his efforts thwarted by a talented thief, one who sneaks past Palace defenses with uncanny ease.

When a fateful raid throws Kyra and Tristam together, the two enemies realize that their best chance at survival—and vengeance—might be to join forces. And as their loyalties are tested to the breaking point, they learn a startling secret about Kyra’s past that threatens to reshape both their lives.

In her arresting debut novel, Livia Blackburne creates a captivating world where intrigue prowls around every corner—and danger is a way of life. 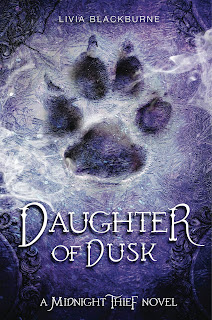 After learning the truth about her bloodlines, Kyra can’t help but feel like a monster.

Though she’s formed a tentative alliance with the Palace, Kyra must keep her identity a secret or risk being hunted like the rest of her Demon Rider kin. Tristam and the imprisoned assassin James are among the few who know about her heritage, but when Tristam reveals a heartbreaking secret of his own, Kyra’s not sure she can trust him. And with James’s fate in the hands of the palace, Kyra fears that he will give her away to save himself.

As tensions rise within Forge's Council, and vicious Demon Rider attacks continue in surrounding villages, Kyra knows she must do something to save her city. But she walks a dangerous line between opposing armies: will she be able to use her link to the Demon Riders for good, or will her Makvani blood prove to be deadly?

In this spellbinding sequel to Midnight Thief, Kyra and Tristam face their biggest battle yet as they grapple with changing allegiances, shocking deceit, and vengeful opponents. 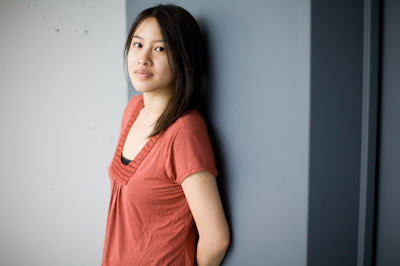 Livia Blackburne wrote her first novel while researching the neuroscience of reading at the Massachusetts Institute of Technology.  Since then, she’s switched to full time writing, which also involves getting into people’s heads but without the help of a three tesla MRI scanner.  Her novel MIDNIGHT THIEF debuted with Disney-Hyperion in July 2014, and its sequel DAUGHTER OF DUSK came out in August 2015. 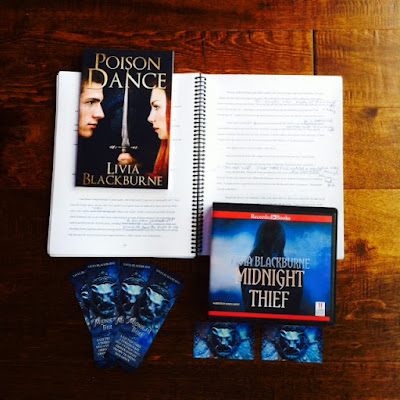