Today I'm sharing the cover for Unhinged by A. G. Howard :D I love it. Unhinged is the sequel to the fairytale book Splintered, based on Alice in Wonderland. I loved that book. The writing is awesome, and the characters are amazing, and the world was just so beautiful and exciting. I'm super excited for this sequel to come out :) But I'm also worried, because I love Jeb so much, and I hate triangles, and I don't want anything more between Alyssa and Morpheus.. hih :D Still! Awesome cover. <3 What do you think? 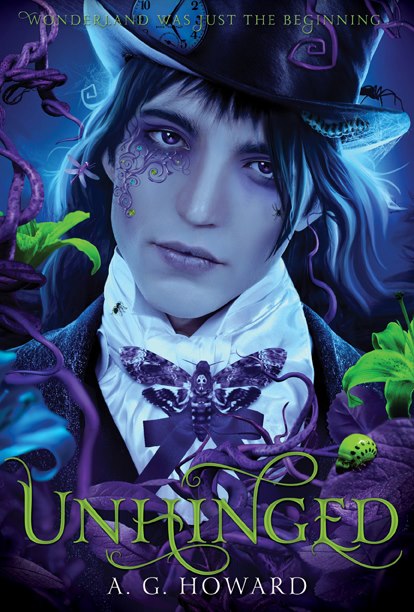 Alyssa Gardner has been down the rabbit hole. She was crowned Queen of the Red Court and faced the bandersnatch. She saved the life of Jeb, the boy she loves, and escaped the machinations of the disturbingly appealing Morpheus. Now all she has to do is graduate high school.

That would be easier without her mother, freshly released from an asylum, acting overly protective and suspicious. And it would be much simpler if the mysterious Morpheus didn’t show up for school one day to tempt her with another dangerous quest in the dark, challenging Wonderland – where she (partly) belongs.

Could she leave Jeb and her parents behind again, for the sake of a man she knows has manipulated her before? Will her mother and Jeb trust her to do what’s right? Readers will swoon over the satisfying return to Howard’s bold, sensual reimagining of Carroll’s classic. 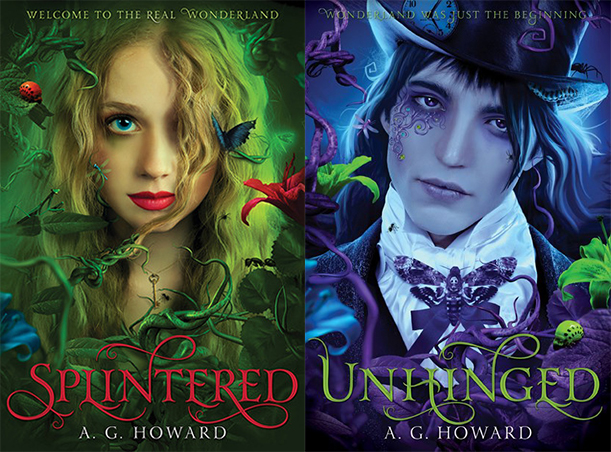