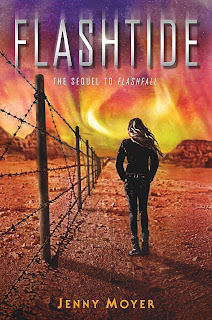 I am so thrilled that I finally decided to re-read these books. Sigh. They have brought me so much joy. And all kinds of heartbreak. Because these characters go through so much. Gosh. But gosh, how I love it all beyond words. The writing is stunning. The world created is all kinds of evil and exciting. I love reading about it all.

I will start by saying that I first gave this book four stars, when I read it a couple of years ago. This time it is a five star for me. I'll not re-read my review until after I finish writing this one, so not fully sure why I had issues with it before. I mean, it still hurt, this second time, but it was not too heartbreaking, haha. I loved it so.

Which makes me even more happy that I decided to re-read this series. Eee. I'm thrilled that I'm giving this second book five stars this time. Okay, fine, book one is still my favorite, but this sequel was all kinds of awesome too. I only wish there was a third book. I wouldn't mind at all reading even more about these characters. Sigh. The ending is amazing, though. But I will always want even more, haha. I simply love these books so very much. I love how the romance is every kind of perfect. That there is no kind of love triangle at all. That there is very much minimal drama. I love that they are together almost all the time. I love how much they love each other. It is the sweetest thing. I simply love how strong they are together. And how they know this. Love them so.

Flashtide takes place a few months after Flashfall ended. Orion and Dram have been living free in the mountains for a while now, enjoying life the best that they can. They are being hunted. But they are free and living. And reading about them both being that way was all kinds of sweet. Sigh. These two precious characters deserve all the good things. Which they very rarely get. Hmph. Rude. Because they end up getting captured early in this book. And taken to a very different place from outpost five. So much worse.

Which shouldn't even be possible, haha. With how very awful the cordons were. But this new place, the overburden, was even worse. And it broke my heart reading about Orion and Dram being force into this place, being forced to do things to survive. They both went through so much. Gosh. And it ruined my soul a little to read about it all. I felt like Dram had it worst. But Orion did not have it any better either. But even through all that hurt and horror they still did have each other. They still had their love and friendship. Sigh.

Well, sort of. They spent a little time apart in this book. Which hurt my heart even more, haha. Which I'm certain is the reason for the four star a few years ago. Oops. I wish they had spent more time together. That Orion had fought harder to find and save Dram. But I also understood why she couldn't. And it did not hurt quite as bad this second time around. But gosh, it was still painful. I wanted them to spend every second together, even in this awful place. They were so much stronger together. I loved their relationship.

Another thing that hurt a little was how Orion lost faith in Dram a few times. I wish she had believed in him more, but I also understood it. This girl had gone through so very much. Most of it changed her. And so her not seeing everything as they were was not all that surprising, haha. Still, it hurt a bit. But she did not doubt for long, which made me love her even more. As Orion was such a strong and brave character in this second book too. She is hurt more. But she rises from that. And I simply adored reading about Orion.

And I completely love Dram too. Sigh. He is all kinds of adorable. And I love how much Dram loves Orion. Reading about the two of them was simply the very best thing. Eee. They are both such strong characters and I loved them to pieces. This book hurt them both very badly. So many bad things happened. But they made it through it. Somewhat. They changed so so much. And I loved them completely. There were other characters too, and I enjoyed getting to know them all. They were pretty interesting. I loved Roran most.

There is probably so much I could write down about this book. But I have already written more than I was going to, ha. Flashtide was all kinds of thrilling. Such a perfect second book. Flashfall will always be my favorite, but my god, this sequel is good too. And I love them both so very much. The books are so dark but so full of hope too. Reading about the flashfall and all the creatures in it was the very best thing. You need these in your life. Oh, how I hope Jenny will get to publish more books. Would read anything by her.