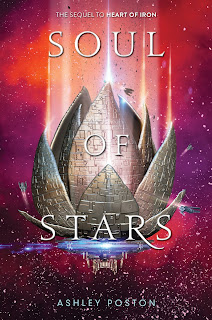 SOUL OF STARS (Heart of Iron #2) BY ASHLEY POSTON

The highly awaited sequel to Heart of Iron, Soul of Stars is a thrilling sci-fi adventure packed with romance, shocking twists, and witty banter, perfect for fans of Six of Crows and Cinder.

Once, Ana was an orphaned space outlaw. Then she was the Empress of the Iron Kingdom. Now, thought dead by most of the galaxy after she escaped from the dark AI program called the HIVE, Ana is desperate for a way to save Di from the HIVE’s evil clutches and take back her kingdom.

Ana’s only option is to find Starbright, the one person who has hacked into the HIVE and lived to tell the tale. But when Ana’s desperation costs the crew of the Dossier a terrible price, Ana and her friends are sent spiraling through the most perilous reaches of the Iron Kingdom to stop the true arbiter of evil in her world: an ancient world-ending deity called the Great Dark.

Their journey will take the sharp-witted pilot, Jax, to the home he never wanted to return to, and the dangerous fate he left behind. And when Robb finds out who Jax really is, he must contend with his own feelings for the boy he barely knows, and whether he truly belongs with this group of outcasts.

When facing the worst odds, can Ana and her crew of misfits find a way to stop the Great Dark once and for all?

Is it July yet? Because I NEED this most precious book, ahh :D It's going to be so very good. I adored Heart of Iron. And this second and final book will be so good. And gosh. The cover is so very pretty too. Eee. I love it so. I couldn't resist adding both the books together below, haha. I need this book in my life. Sigh. A peek at chapter one here, eee. <3 I'm very nervous about this, though, ack. I need my precious Di and Ana together and in love and ahh. Cannot wait to know everything, though, haha :) So very excited.
What are you waiting for on this starry Wednesday? 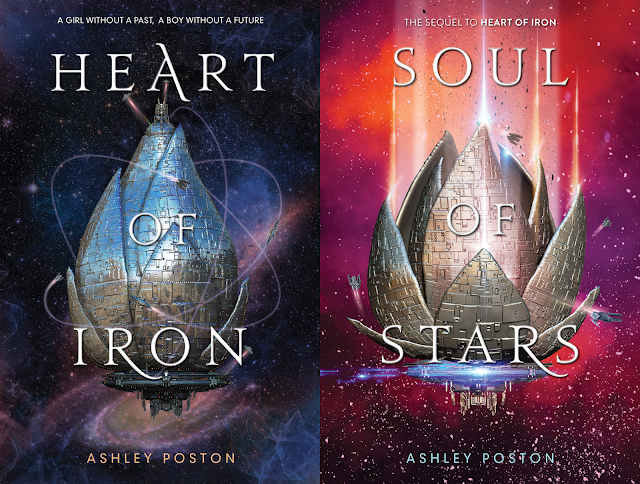