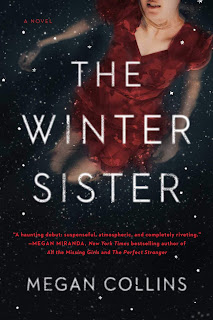 While this is not usually a book for me, I had to give it a try when I was given the choice to read this on Netgalley by the publisher. Because of how Megan Miranda had loved it. As I have read her adult mystery books, and they were so very good. I had a hope that this one would be the same. It wasn't. Sigh. Not even close.

But it also was not all bad. And I was so unsure if I should give it three stars or two stars. But I'm going with two. As there was not a single part of this book that I loved. It was an interesting story, but I very much could have been without reading it. Which I'm a little depressed about, to be honest, haha. I wanted to love it so.

I was also thinking that this might have been a three star for me, considering I stayed up until past two am to finish it. But though I very much wanted to know the ending, it was never good for me. And that is why this book is a two star for me. Since even though I read it from start to finish, and I was not able to stop reading for hours, it wasn't because I was loving the story. It wasn't because it was exciting and scary and thrilling. Since it was none of those things. And I'm so so upset about that, lol. I was expecting a great mystery book. I did not get that. Well, a little bit, but not nearly enough. And I have so much to share about this book. As I had so many thoughts about it all while reading. The writing was sort of okay, but sadly never connected with the main character.

This book tells the story of thirty year old Sylvie. It begins by sharing what happened when she was only fourteen, when her sister did not come home, and it took three days to find her dead body. I did enjoy the beginning a lot, I liked knowing things that happened in the past. It was interesting. But then the present came. And it ruined the story a little, to be honest. Because I could not find it in me to care about Sylvie at all. She was so beyond boring. And had lived half her life doing things that did not make her happy. Sigh.

She had one friend, her roommate, Lauren. We get to see some weird written texts between them in the book. But I did not get their friendship at all, sadly. Especially not because of how Sylvie had lied to her since the moment she met her, about how and when her sister died. I did not think that she had enough reasons for doing that. So yeah. I never grew to care for Sylvie. Sure, I felt badly for her, for having lost her sister. And that they had never found out who killed her. And I understood her guilt about it. Maybe.

But that sadly did not make me care for Sylvie as a person. She feels guilt because of something she did the night her sister did not come home. And I got that. Sort of. But she never told anyone about it and that I did not get. Because it didn't seem like such a big thing. And the scene where she suddenly realizes she should not feel that way anymore was completely silly, to be honest. She spent half her life feeling guilty. But then one person tells her it was not her fault, and she stops right away? Yeah. It was all a little weird.

But anyway. This book is about Sylvie and her working to figure out more about how her sister died and who killed her. She has to return to her childhood home, as her mother has cancer. And that was a weird relationship. Her mother. She started drinking when Persephone died. And have been all kinds of horrible ever since. We get to learn their past, with how Sylvie worshipped her mom until the death of her sister. It was, well, beyond weird. Didn't get their relationship at all. So bad. And I disliked her mom beyond words.

I did like learning more about her dead sister, though. And who she had been as a teenager. But her life had not been easy, and that wasn't okay. Which made me dislike Sylvie even more, to be honest. Sigh. The dead sister had a boyfriend, Ben. And now with Sylvie being back in town, she runs into him all the time. And she believes he is the one that killed her sister. Yet she spends time with him, and I just found all of their scenes to be so awkward. Especially the small romance part. It was so so very bad. Shudders.

There is so much about this book that I did not like. There was barely any mystery at all. We learn who killed her sister at the very end, and the reveal was so very silly. No danger. No threats. Yeah. I wanted more from this book. I wanted it all to feel dangerous and scary. It never did. Because the whole book is spent inside of Sylvie's head. Being in the past, being with her mother, talking to her all the time. Ugh. It was too much focus on relationships, to be honest. Sure, some of it were interesting, but it was too much.

But I also did not completely hate this book. I disliked most of it, but I enjoyed reading it too. I wanted to know what would happen. But my gosh. It was way too slow. And nothing ever did happen. Ugh. There are some surprises that I had not seen coming, and I liked that. But they were too few and not that very interesting at all. The Winter Sister ended up not being a book for me. I would not read it again, but I'm still kind of glad that I tried reading it. Huge thank you to the publisher for letting me read the eARC early.