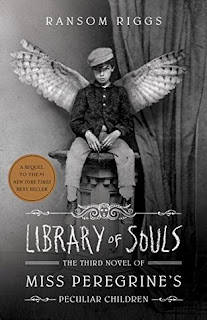 I was expecting to enjoy this book. Since the first two were three stars for me, and I felt sure this third book would be the same or even better, since it was the final one. I was wrong. So extremely wrong. Reading this book just about killed me. And not in a good way. It took everything I had to make it to the final page. But I did.

I finished it. And now I have to write this review of mine. Which, honestly, I am excited about. This book is a one star for me. And my review is not going to be positive. At all. There were parts of the book I liked, but this time, the hate was way bigger. I have so much to share. There will be some spoilers. And honest opinions.

I shall start slow, with sharing a little bit of the plot. Before I start sharing all the things I did not like about this book, haha. I have a feeling I will not be able to stop writing. I will probably even forget some things too. But I need to write down my thoughts about this book, because it pretty much killed me to read it. I want everyone to know why I didn't like this one. Also, to be honest, I very much love writing one star reviews. It's truly much easier to write down negative thoughts about a book. Not sure why. I mean, I'm heartbroken about the fact that this book was so bad. I wanted it to be amazing. I really wanted to love this third book. But I did not. Not even a tiny bit. And so I will be sharing all about it. No regrets. My review will be negative, but hopefully not rude or bad.

Library of Souls begin where Hollow City ended. Jacob and Emma and Addison the dog are alone, their friends having been captured by the bad guys. They are injured, and about the be attacked by a hollow monster. But Jacob is controlling it. Somewhat. And that is most of what I will share about this plot. More than half the book is about Jacob and Emma mostly on their own, trying to rescue their friends. This book once again takes place over a couple of days. This time inside of just one loop, and a little of the present.

There is so much I wish to share about this book. And I will. And so I shall not be sharing more about the plot, because there isn't all that much to share. Most of the book is spent searching for their friends. While being somewhat attacked yet never truly hurt and always managing just fine. Always finding the right way to find their friends. Always doing the right thing, with Jacob pretty much being the hero. Yeah. It grew so boring very fast. I missed the other peculiars. They are barely there in this book. I'm so very disappointed.

The biggest reason for why I pretty much hated this book, and why it's a one star for me, was the writing. I have now read all three books in one week. I cannot seem to remember that the writing in the first two were like this one. I don't think it was the same. Because the writing in this third book drove me insane. I want to forget about it so badly. This book took forever to read. Because on every single page there was a word I had never heard about before. Full of annoying descriptions. Full of big words. It was too much.

I do not remember this from the first two books. And in this one, there was just very much of everything. The writing was not good. At all. It is still supposed to be told from the point of view of Jacob. A sixteen year old boy, from our time. Yet he behaves like he too is over one hundred, like the other peculiars. It is supposed to be first person point of view. Which it is. Half the time. The other half, on every page, is the mention of we. We were scared. We could see. Like Jacob was inside the mind of everyone. Uhm. What.

It drove me insane. And made it impossible to focus on much else. I tried to ignore this, but if I did, there would be nothing left of the book. The writing was completely horrible and I shall never get past it. Ugh. Disliked Jacob in the first two books, but in this one I pretty much hated him. I'll be sharing some quotes from the book at the end of my review. They are not positive. In book two, Jacob was very much ready to leave Emma behind forever. In the first pages of this he say he would be ripped in half if he left her. Ugh.

Other things that bothered me was that every single bad thing in this book was described as hell. Like that is the worst thing Jacob could imagine. Or, you know, we. We thought it was hell. Yeah. It hurt my heart to read this writing. Oh, and every curse word is bird. Oh my bird. I felt like murdering someone. Ugh. Oh, and Jacob could do no wrong. He was to be the hero of everyone. What. They were all over one hundred years old. He sixteen. He is a child. Stop trying to make it seem like he was some legend.

I wish I could say that this book was exciting and thrilling and scary. It was not. It tried too hard. There is this loop they travel to, which describes so many horrible things going on. Yet it was written so very badly that I felt nothing at all. Oh, and one of their friends died in book two. Yet we cannot think of that. Oh no. Or we would fall apart. And those are all the mentions of the dead girl. Others in this book gets hurt, and tortured. Peculiars that were with their friends when captured. But their friends were not hurt at all. Sigh.

There is still so much more I want to share about this book. So much more that bothered me and ahh. I cannot. I will stop writing now. Already written a bunch, yet not nearly enough. There were things I hated about this book on every single page. Yet I suffered through it, always hoping for it to get better. It never did. Also, this book took place over three days. Yet they almost never slept. What. Sharing some quotes from the book below, so you can, hopefully, see some of the things that bothered me. Sigh. My poor soul.

Oh. Wait. I completely forgot to mention something, and I just remembered it while writing down some quotes. The romance. Hahahaha. I don't think I have ever read a more badly written romance. I cannot. Jacob and Emma are supposedly so much in love. Why? How? It was very impossible to imagine. They almost never talk. They have nothing in common. They share a couple of small kisses. A couple of hugs. Yet they are supposedly so much in love they cannot live without each other. Yeah. So complete bullshit.

Huge thank you to Penguin Random House International for letting me take part in this great read along for this series. I'm happy I decided to try these three books. But I'm so beyond heartbroken over the fact that this third and final one was extremely bad. It was not for me at all. And I sadly would not recommend that anyone read this book. I know, so many love it, and many more will. But I did not find it to be good at all. Hmph. I'm proud of myself for managing to finish, to be honest. But wishing the book had been better.

Goodreads - The Book Depository - Amazon
~
That was the most unthinkable of all. I could never: I loved Emma, and I'd told her so, and I wouldn't leave her behind for anything. And not because I was noble or brave or chivalrous. I'm not any of those things. I was afraid that leaving her behind would rip me in half.
~
"Okayyy," I said, exaggerating my disappointment in order to hide it. While seeing Emma in her underwear was an undeniably appealing prospect, all the life-threatening peril we'd endured lately had put that part of my teenage brain into a kind of deep freeze. A few more serious kisses, tough, and my baser instincts might start to reassert themselves. But anyway.
~
"BEAR!" I shouted, redundantly.
~
We were developing a language that was entirely untranslatable into words, a special vocabulary of gestures and glances and touches and increasingly deep kisses that was growing richer, more intense, more complex by the hour. It was fascinating and essential and in moments like this, made me just a little less cold and a little less scared than I might've been otherwise.
~