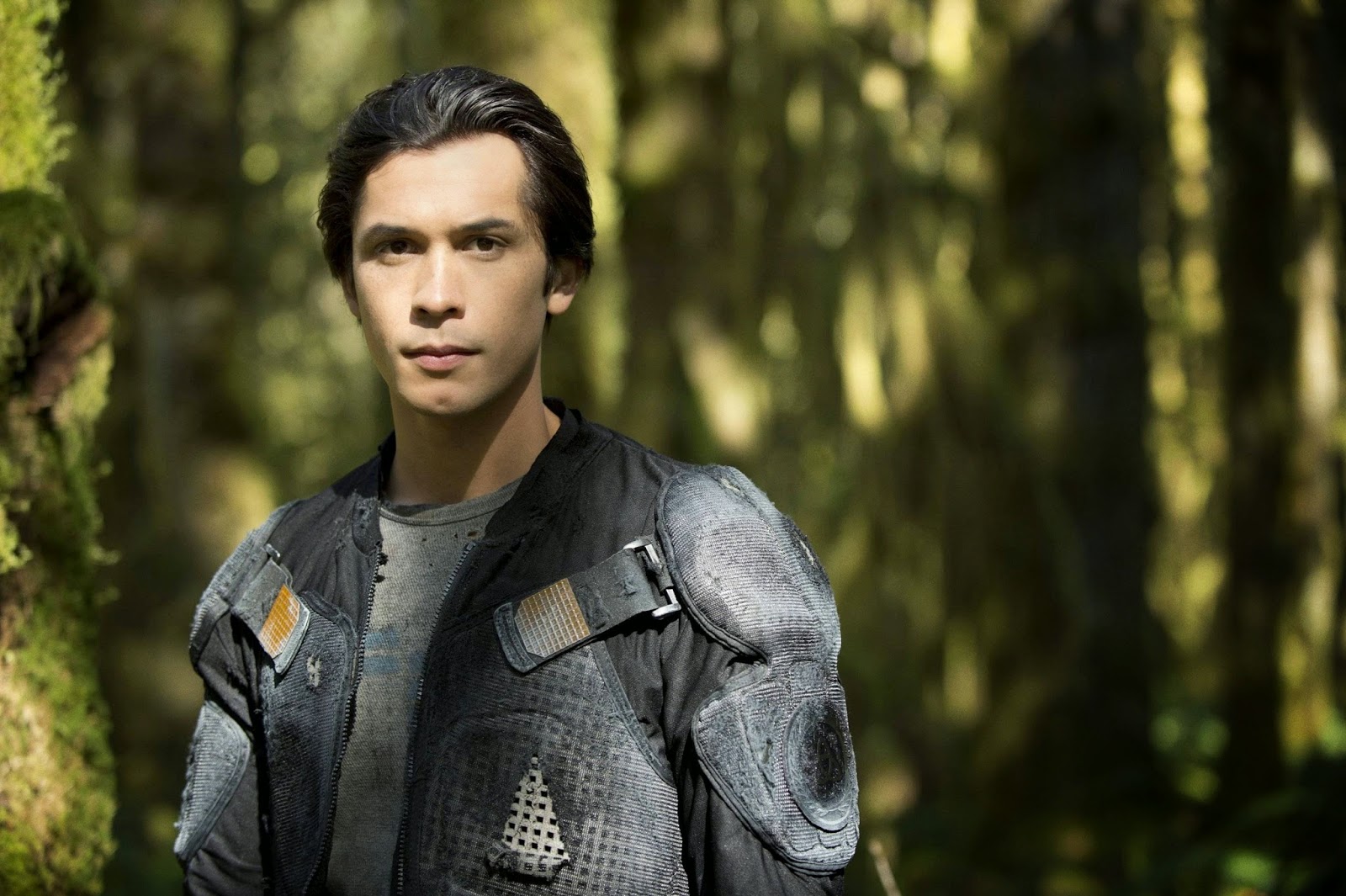 Yesterday I started watching this series. I had seen so many people I adore loving it. But I had also peeked at episode one months ago, and thought it looked awful. But then. I wanted to try again. So last night I did. Episode one still sort of sucked, but my god. The other episodes. Bellamy. I cannot. The 100 is one hundred percent perfection. I ended up staying awake until two am last night, and I spent all of today watching more. I'm just all kinds of heartbroken that there isn't more than five episodes of Season 2 so far. I need more. And that ending. My god. It killed me a little. I just need so much more of it all.

Anyway. The point of this blog post. I wanted to share with you all how much I love this show. And a little bit about how it annoys me too. But mostly how much I love it. Because, damn. I have a lot of feelings about this show. Just wishing I had more episodes to watch. Hmph. Soon, though. There is so much I could say about The 100. But I will not talk about it forever, just a few things about the plot, and the characters. First, the story. It is different and all kinds of awesome. I loved the parts in space. I loved the parts on earth. I loved how damn evil they all are. But oh. There is so much killing. So many people die. And it broke my heart. Yet it was all kinds of awesome, because it is so honest. There is also this mountain. And I cannot. The things they do there.. shudders. It is all kinds of awful. Yet so interesting. I cannot wait to watch more about it. Yet I know it will kill me a little, as it is all so sad, yet so great too.

The there are all the characters. My favorite is Bellamy. And I won't say that much about him. Just that he is all kinds of amazing. So cute. And so brave and strong and I love how he do things. And how he changes too. He's just amazing. I love how he takes care of everyone, how much he loves his sister. All the things he does to protect her. But then, his sister. Octavia. I loved her to pieces. Yet I also hated her a tiny bit a few times, as I found her to be too hard on Bellamy. Hmph. But other than that, she's all kinds of awesome. Her romance story is so well done too. And heartbreaking. And amazing. There are so many other characters I love. Like Jasper. He's awesome. Monty too. Then there is that Kane guy. I kind of love to hate him, I think. Sometimes I adore him. Other times I hate him. Same thing with Murphy. I wanted him dead. Now I'm pretty sure I love him. Hmph. Just so many amazing characters.

Then there is Clarke. Whom is sort of the main character in this show. I cannot decide if I love her or not. Okay, fine, I pretty much adore her, but she also does some stupid shit I don't approve of. Like how she likes Finn. Hmph. After he did such an awful thing. I cannot. Wishing Clarke was smarter. But I still like her, and I have hope she will do better in the upcoming episodes. Maybe. Then there is also her mom, whom I sort of hate. My feelings are complicated. I really like Jaha, though. He seems pretty.

One thing that bothers me a whole lot is the romance. It this was a book, I would call it a love triangle. Because it sort of is. But at the same time, not, because there aren't kissing happening after the details are revealed. But there are hugs and such and it bothered me so much. Yet I'm trying not to think of it, because Bellamy. And I have hope Bellamy will be a bigger part of Clarke's life soon. Anyway. The romance thing. It starts with Clarke and Finn. And I just.. I hate Finn. I hate him so damn much. Especially after the newest episode. Why haven't anyone killed him yet? Whyy. It bothers me. Anyway. Romance. I hated watching Clarke and Finn. Especially once Raven gets there. And I loved Raven. And hated Finn so damn much. Yeah. He better die soon. And Clarke better stop having feelings for him. Because Clarke and Bellamy needs to happen. Right away. <3 So yeah. That is the only thing in this show that bothers me. But I'm dealing with it. Because I'm hoping Finn will be dead in a moment. He better.

Anyway. There is so much I love about The 100. It is just so so amazing. I thought I wouldn't like it, but I ended up loving it. And now I will search all over for more about it. I might even get the books to know more. Eeek. Maybe. I need to know first that Clarke and Bellamy will be a thing, lol :p But fingers crossed, and I have hope. If you still haven't watched The 100, then I really, really hope you will do so. Right away. I'm pretty sure it is now my favorite show of all of them. Which says a lot. But yeah. The 100 is all kinds of epic. And you should all watch it. Mostly for Bellamy. But for everything else as well. This show is worth it. Okay, it might be a little bit silly sometimes, but it is also all kinds of exciting. It is different and amazing and creepy and just so damn good. I'm so glad I started watching it last night. 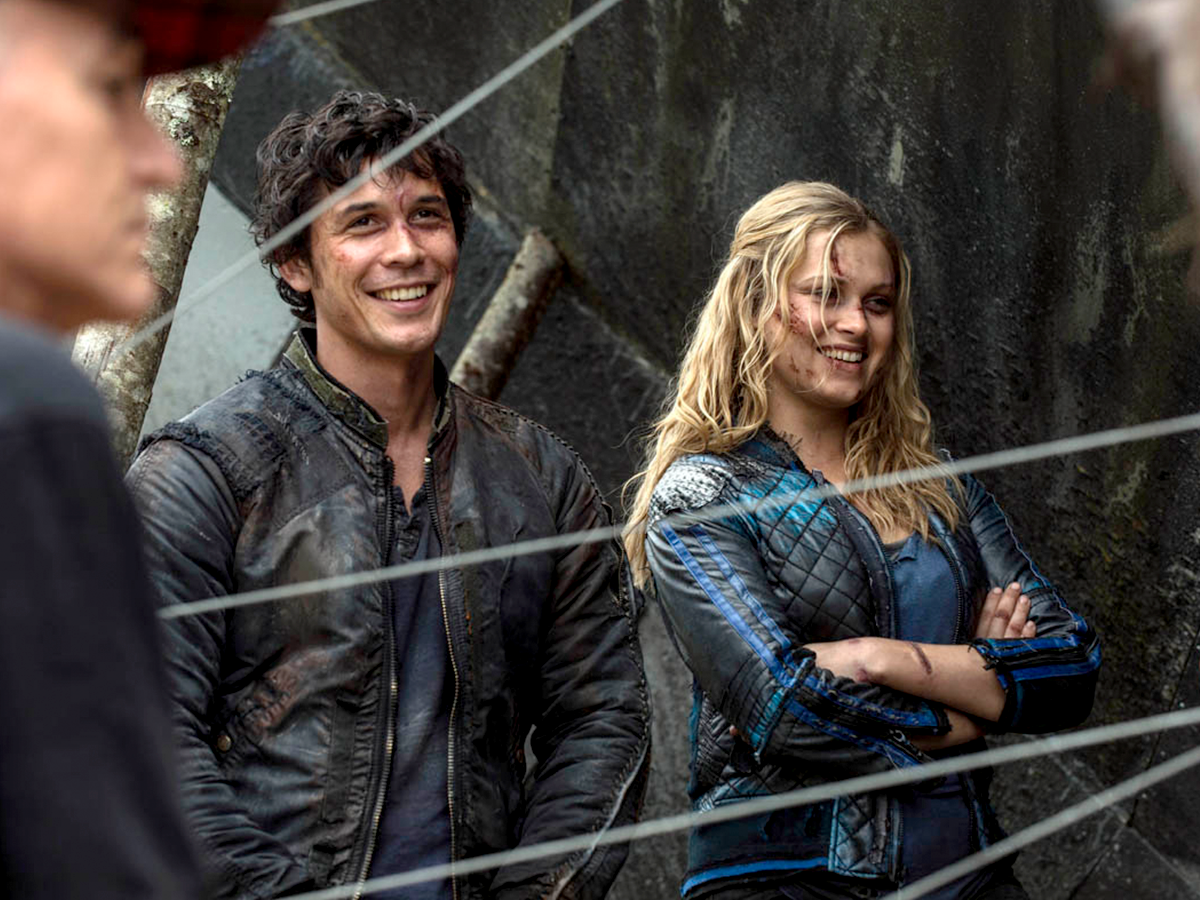