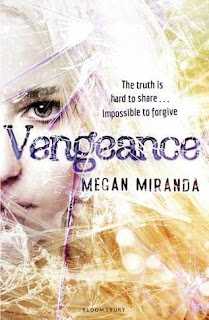 Nobody really believes in a curse. Until you know the people who disappear. Too much coincidence, you look for reason. Too much death, you grasp for something to blame. Carson pulled Delaney out and he died on the side of the road with her mouth pressed to his. Her air in his body. Troy. She told the cops it was suicide. Didn't matter. The lake released her and grabbed another. But when Decker's father dies in a pool of spilled water on their kitchen floor, all Decker can feel is a slow burning rage. Because he knows that Delaney knew that his dad was going to die. She knew and backed out of his house and never said a word. Falcon Lake still has a hold on them both, and Decker can't forgive Delaney until he knows why.

I'm so excited to read Vengeance! Just wish it was out sooner than February :) But ohh. I just cannot wait to read it. <3 I enjoyed the first book, Fracture, quite a lot and I need to know what happens next. Although the summary makes me a bit scared.. But, I will still hope for the romance, hih. <3 Also! Bloomsbury are having new covers. Gaah. Just look at them together below. SO gorgeous!
What are you waiting for? 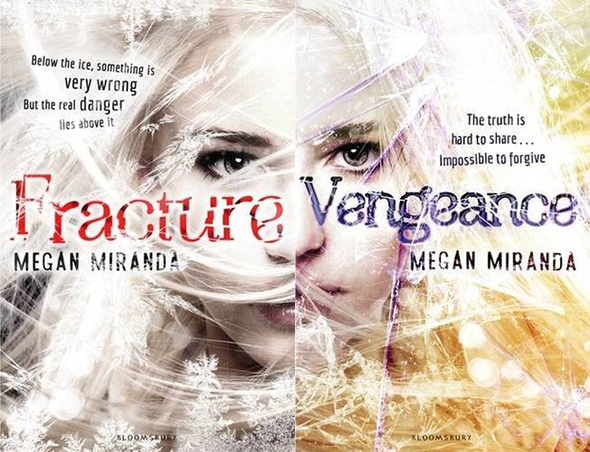