Reasons for why Cat Winters is a rockstar: She is amazing. She's one of the kindest people I have ever talked to. She writes amazing books. Even though I've only read one of them so far, I know the next one will be amazing as well. She always respond when you ask her a question, even if it is silly. I just think that Cat is amazing. She's so kind and sweet and I adore her. She's a true rockstar.

I'm so excited about being a part of this amazing blog tour. And I get to host Cat Winters! Who is one of my favorite people of all time. She's just amazing. Loved her book so much, and I'm dying to read her next one, which she is talking about today. Cat is also sharing an amazing international giveaway with you all, which is making me wish I could enter too :) Tour schedule for the Authors Are Rockstars blog tour can be found here. If you love the post as much as I do, please leave a comment for Cat :) 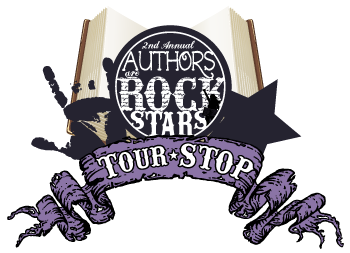 I’m thrilled to be here at Carina’s Books as part of the Authors Are Rockstars Tour! Carina has been amazing about spreading the word about my debut novel, IN THE SHADOW OF BLACKBIRDS, so I’ve agreed to share details about my upcoming release, THE CURE FOR DREAMING, on her site. The new book will be available Fall 2014 from Amulet Books.

At the turn of the 20th century, a seventeen-year-old is hypnotized into seeing people's true selves. Illustrated with late-Victorian images.

Instead of writing up several paragraphs describing THE CURE FOR DREAMING, I’ve decided to divulge details about the novel by answering the frequently asked questions I’ve been receiving about the book. Feel free to ask additional questions in the comments section.

Can you tell us a little more about the plot?

Will the book be as dark as IN THE SHADOW OF BLACKBIRDS?

There’s no worldwide plague haunting the main characters of this new novel, so that aspect alone will make the book seem lighter. THE CURE FOR DREAMING does deal with some serious issues, namely oppression, but early readers have commented on how surprisingly humorous the novel is. When my agent first read the early chapters, she said the book read as if Tim Burton and Jane Austen had written a manuscript together. Death doesn’t pervade the story the way it does with IN THE SHADOW OF BLACKBIRDS, but the book is intended to be another atmospheric read with a Gothic flavor.

So…there are historical images in this one, too?

Yes. One of the first sources of inspiration for THE CURE FOR DREAMING was an archival photograph involving turn-of-the-twentieth-century hypnosis. I immediately placed that photo in front of the opening chapter of the manuscript. Gradually, I found an amazing collection of historical images and absolutely perfect quotes from late-Victorian authors, suffragists, and even anti-suffragists, all of which I’m using throughout the novel to turn the entire book into a literary time machine. I don’t want the use of historical images in my novels to ever seem like a gimmick, so I likely won’t do this for every book I write. However, as with IN THE SHADOW OF BLACKBIRDS, the use of photos and illustrations feels like the right choice for this one.

Can you tell us a little bit about your hypnotist character?

The only thing I can say at this point is that his name is Monsieur Henri Reverie, and he’s eighteen at the time of the novel’s setting. He has some secrets that can’t be revealed until you step inside the book, so I’ll let you wait to get to know him any further.
The main character of IN THE SHADOW OF BLACKBIRDS was named after Mary Shelley, the author of FRANKENSTEIN. Will this new book also include a tie-in to a classic horror novel?

THE CURE FOR DREAMING takes place a year after DRACULA was published in the United States, and that particular horror novel impacts the plot.

When will we see a cover?

I doubt a cover will be available until sometime next spring. I have no idea what it will look like, but I’m confident Amulet Books will again create a fabulous design.

Are you working on any other books?

I’m in the very early stages of writing a third historical YA novel. I already received my agent’s stamp of approval on the concept and the title, but I need to keep everything top secret until the book actually sells. I’m currently conducting research and playing around with the first chapters, and I hope to have a manuscript ready to submit in 2014.

Will you always write historical fiction?

I’m not completely sure about my answer to that particular question. I actually signed with my agent based on a contemporary novel that never sold to a publisher, so I have some experience writing books set in the present. We’ll see what happens after I finish this third historical YA. Maybe I’ll write a middle-grade fantasy…or a contemporary psychological thriller. The possibilities are endless.

I’ll give away three swag packs that will include IN THE SHADOW OF BLACKBIRDS bookmarks and stickers and a signed bookplate featuring a never-before-seen quote from THE CURE FOR DREAMING. Open internationally.

I'm dying to read The Cure for Dreaming! Thank you so much Cat for sharing about it. <3 There isn't any online info about it yet, so I've shared below some ways to find Cat and to order her first book, In the Shadow of Blackbirds :) Which I adored. It is one of the best books ever. I've already read it twice. And if you want to, you could check out my five star rated book recommendation of it here. I just cannot wait to read all the books by Cat :) She's awesome. Thank you again, Cat, for being here today :D 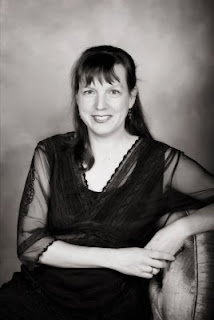 Where to order In the Shadow of Blackbirds:
Amazon - The Book Depository - Barnes & Noble