Today I'm sharing the cover of Unbreakable by Elizabeth Norris with you all. And it is gorgeous! This book is the sequel to Unraveling; a book that I loved a lot. I am dying to read Unbreakable! It will be amazing. Because the first book ends on such a big cliffhanger. And I'm so excited to see what happens next :) Plus, I need more of Janelle and Ben. <3 They are perfect together. The cover worries me a bit, though. Why is there two guys and two girls? Hopefully not a love square or triangle or something stupid like that :p Pretty please? I just want a book without a stupid love triangle. Anyway. I love the cover for this book! It fits well with the first one, plus it's just really pretty :) Cannot wait to own it. <3 Sigh. Is it April 23rd 2013 yet? :) Also. I do like the summary a lot :) Sigh. Just, lots of Ben, right?
What do you think of the cover? 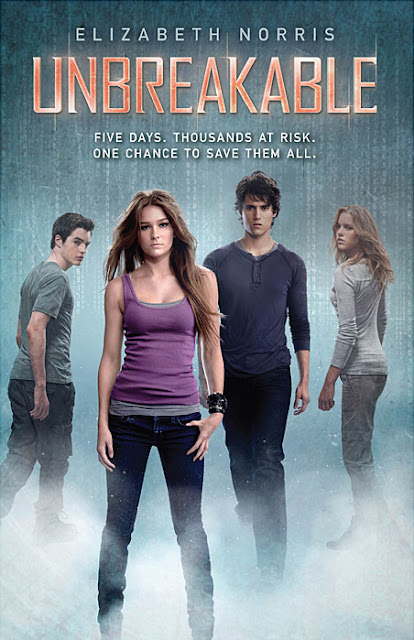 Unbreakable begins four months after Janelle loses her best friend and watches the guy she loves walk out of her life. Though the world didn't end, the devastation of resources has drastically changed everyday life. Necessities like food and medicine have to be rationed and roads are slowly being rebuilt. Only in the last few weeks, Janelle has been focused on a new problem.

People are going missing--disappearing without a trace but leaving their only material possessions behind.

Four months after Ben disappeared through the portal to his home universe, Janelle believes she’ll never see him again. Her world is still devastated, but life is finally starting to resume some kind of normalcy. Until Interverse Agent Taylor Barclay shows up. Somebody from an alternate universe is running a human trafficking ring, kidnapping people and selling them on different Earths—and Ben
is the prime suspect. Now his family has been imprisoned and will be executed if Ben doesn’t turn himself over within five days.

And when Janelle learns that someone she cares about—someone from her own world—has become one of the missing, she knows that she has to help Barclay, regardless of the danger. Now Janelle has five days to track down the real culprit. Five days to locate the missing people before they’re lost forever. Five days to reunite with the boy who stole her heart. But as the clues begin to add up, Janelle realizes that she’s in way over her head—and that she may not have known Ben as well as she thought. Can she uncover the truth before everyone she cares about is killed? 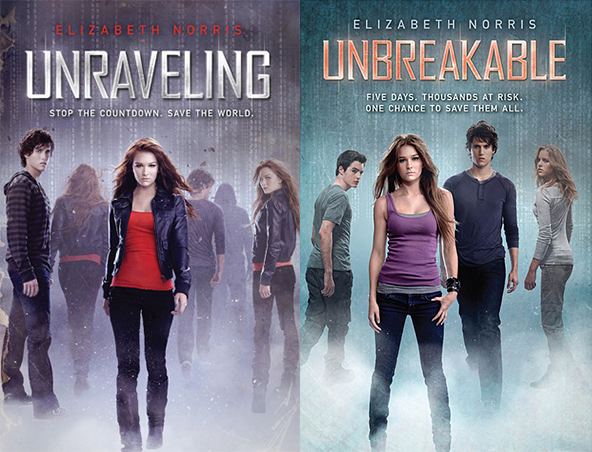