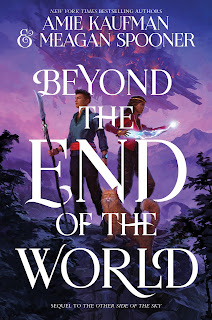 Perfect for fans of Brandon Sanderson and Laini Taylor, this sequel to New York Times bestselling authors Amie Kaufman and Meagan Spooner’s genre-bending fantasy The Other Side of the Sky takes us to the grand sky-city of Ciel, where danger and mystery await.

Nimh still holds on to her divinity, if only by a thread.

In her final confrontation with Inshara, the woman determined to take her place and rule Nimh’s kingdom, both Nimh and her enemy were sent to the world above, in the cloudlands.

Now North looks to the sky, left behind on the surface world.

Desperate for a chance to join the girl he loves and save his world, North will stop at nothing to find a way back to his home in the sky-city of Ciel. Before it’s too late to save anyone.

But more awaits them in the world above than North or Nimh could ever expect. And as they come together and team up with allies from above and below, they face an ultimate test of their bond, their abilities, and their belief in each other in a quest to save their worlds.

Vivid, compelling, and absolutely magnetic, this much-anticipated sequel to New York Times bestselling authors Amie Kaufman and Meagan Spooner’s The Other Side of the Sky has something for every reader: a star-crossed love full of tantalizing longing, unique and immersive new worlds to explore, and nonstop thrills that escalate into an unforgettably electric conclusion.
Hardcover, 432 pages
Expected publication: January 18th 2022 by HarperCollins
Pre-Order: Book Depository and Amazon #ad

EEE! Gosh. I am so very excited for this second and final book :D Ahh! I loved The Other Side of the Sky so so much. <3 It was fully perfect. And Beyond the End of the World sounds aaaamazing. I think it will be epic. Sigh. I just cannot wait :) And omg. Look at that cover! AHH! It is GORGEOUS. I love it so much. See them both below. The colors are stunning. And the bindle cat! Eee. So adorable. I need it already. <3
What are you waiting for on this thrilling Wednesday? 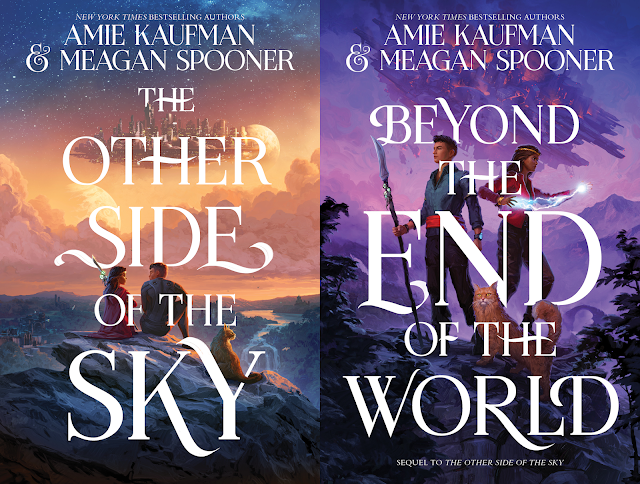