Today I am sharing an awesome post by the lovely authors Jessica Haight and Stephanie Robinson :D Their second book about Fairday Morrow is out today, and I'm so excited to read both of these books this week sometime. They sound exciting and looks gorgeous and I think I will enjoy them a lot. This second book is called Fairday Morrow and the Talking Library and is by Jessica Haight & Stephanie Robinson, with lovely Illustrations by David SanAngelo. You all really should get these books too :D I own them, and I'm so excited to read them. Thank you so much Jessica and Stephanie for sharing this awesome guest post. <3 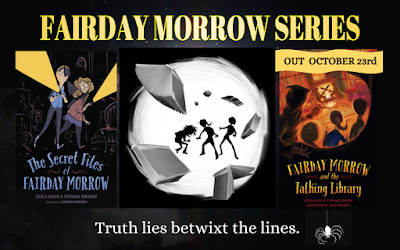 The next case in the DMS files is open! Follow along with Fairday and friends as the mystery unwinds in the Talking Library. Anything’s possible! 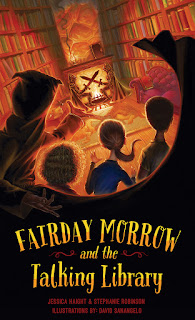 Eleven-year-old Fairday Morrow had no clue that moving from Manhattan to the small town of Ashpot, Connecticut, would lead to an unsolved mystery. Her parents’ dream of renovating a crumbling Victorian, called the Begonia House, into a bed and breakfast had seemed like treachery at the time. But Fairday found out that her new house kept secrets, and once inside its twisted front gates, anything was possible.


When mysterious notes start showing up warning that a librarian is in trouble and a bookworm is eating words, Fairday thinks the Begonia House has more skeletons in its closets. She notices a passage in her favorite book has been changed, and she’s certain something is dreadfully wrong. What happens to stories when their words get eaten?

The Detective Mystery Squad is ready to investigate! Fairday, Lizzy, and Marcus take off on a sticky trail and tumble into Nowhere. Like Alice in Wonderland, Fairday finds herself in a world where nothing makes sense and the lines of reality are blurred.

The three sleuths discover amazing things about themselves as they unravel more secrets within the walls of the Begonia House. Follow along with Fairday and friends as they open the next case in the DMS files to unlock the mystery of the Talking Library. 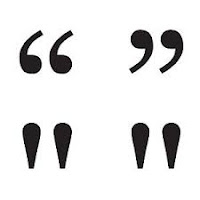 Run! Lol— dead quotes are scary when they suddenly jump out at you. Not once, but again and again, and in random places. You don’t know what you did to conjure them into your manuscript, but there they are; flat quotations hanging around with their curly cousins.

When we were working on editing the manuscript for The Secret Files of Fairday Morrow, a reviewer told us we were using, what they called, “dead” quotes. At first, we had no clue what the person was talking about, until we saw one. And then another, and another. They were everywhere, randomly scattered throughout the ms. Neither of us could figure out how we'd made them or knew that they even existed until they were pointed out to us. Cleaning them up was a lesson learned, and now we check to make sure our quotation marks look lively when writing dialogue. 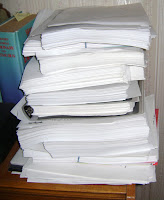 Dead quotes aren’t actually dead, they’re just flat. Their real name is straight quotes. So, yes, there are curly quotes and straight quotes, and they live amidst many other mysteries that pop up in writing.

The first thing to know about a story is that it’s already written inside your head. It’s born in your imagination, and only after that can it be transposed onto a page. Words are carefully finagled in line, and the scene comes into focus in the reader's mind’s eye— this is storymagic.

But the eyes on the page string the words together. If this step isn’t properly done, the story may be lost to poor appeal, even if it’s a brilliant idea. To create scenes in another’s imagination, you need to face down the edits and not run from the dead quotes. Give them back their curl, even if it takes time and patience. In the end, you want to enchant readers with a book that is beautiful inside and out, and it’s important to pay attention to the details. 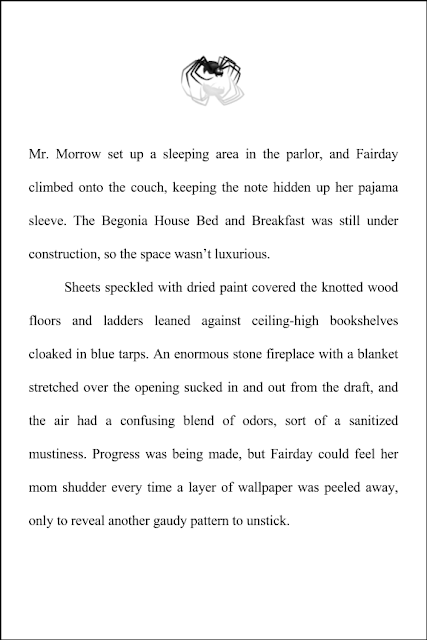 When we take a deeper look into the craft of building a story, it’s clear words take on a life of their own. In Fairday Morrow and the Talking Library, the DMS finds out punctuation can be scary, and Lizzy will tell you there’s a big difference between flat and curly. Our advice to writers editing their ms— keep a keen eye and remember, truth lies betwixt the lines. 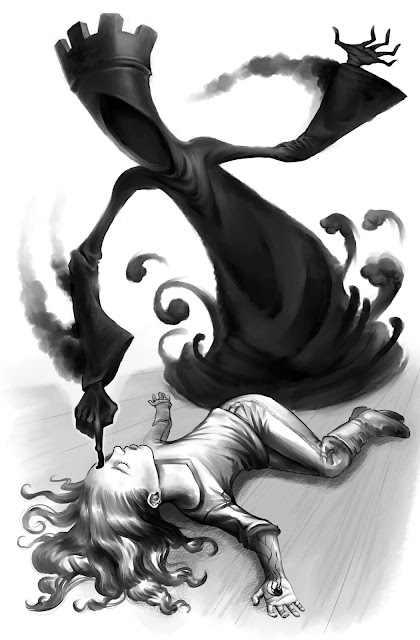 Stephanie and Jess met freshman year of high school. It was in English class where they first discovered they liked the same books. Their friendship grew, and over the years they went on to work as servers together, go to the same college for a short time, and they even became roommates for a while. Many books were discussed, but none were ever written. Now, after the release of their first middle grade novel, The Secret Files of Fairday Morrow, Stephanie and Jess are excited to keep building the mystery in Fairday Morrow and the Talking Library. Anything’s possible!
Posted by Carina Olsen at 9:00 AM