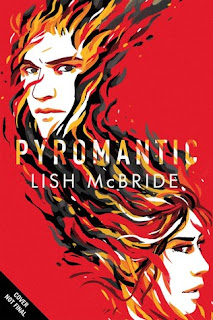 Ava is having a rough time. Getting rid of Venus didn’t set her free—she’s still Coterie. Her new boss seems like an improvement, but who knows if he’ll stay that way? The Coterie life changes people. And since she’s currently avoiding her friends after (disastrously) turning down a date with Lock, well, everything kind of sucks.

Then she gets sent to handle two local thugs with were-hare Sid. But when they arrive, the thugs are dead and a necromancer has raised them as mindless, aggressive zombies. Ava is faced with an epidemic—something is turning normal creatures into killing machines. Unfortunately, this means she has to work with Lock and his new girl. Worse than that, she has to work with her ex, Ryan. Compared to facing such emotional turmoil, she’d rather take on an entire herd of flesh-eating kelpies . . . or she could just do both. Isn’t she just the lucky gal?

I really liked book one, Firebug :) Though it do feel like ages since I read it. Ack. But yeah. Ever since I read it, I have been dying to read this sequel :D Pyromantic is going to be awesome. I love that cover. Though it says it isn't final. Aw. I have been waiting so long for this book, and it still isn't out until March next year. ACK! I hate waiting, lol :) Wishing I could get one of those gorgeous ARCs I have seen have been made. <3 But anyway. I must admit that I'm so goddamn nervous about this book :( Seems like there will be an awful love square sort of thing. And I don't want that. I don't want that at all. Sigh. I ship Ava and Lock the most, and I'm upset that they aren't together. Ugh. Just, yeah. Please don't let it be a bad love triangle :) I have hope. Anyway. Super excited about this book :) Want to read it now, though.
What are you waiting for on this fiery Wednesday?
Posted by Carina Olsen at 6:00 AM