Today I am taking part in the blog tour for The Jumbie God's Revenge by Tracey Baptiste, hosted by the awesome Algonquin Young Readers :D Thank you for letting me take part in this tour. I have only had the chance to read book one, but it was pretty great. And now book three is almost out :D Today I'm sharing a spotlight post of the series, with a general Q&A with the author. These middle grade books have the most gorgeous covers. I love them so. And the story seems so very good too. If you have not read these books yet, you really should do so. I'm hoping to read all three one day :) As they all seem thrilling and exciting.

How did you write THE JUMBIE GOD’S REVENGE? All at once, or did you outline the story?

I didn't think I had a 3rd jumbies book in me when Elise Howard asked me for one. And I was working on two other books at the time. So I started writing down little ideas on post-it notes and sticking them on the wall in my office. Eventually I had enough little ideas that I could see how the whole thing would come together. I outlined the story, something I usually don't do, and then I started writing.
What were some surprises (good or bad) in creating a trilogy?
This wasn't intended to be a trilogy. It has expanded by single books every time. Who knows where it will end at this point? The great part was that people wanted more and more jumbies, and if I had thought of a series at the beginning, I definitely would not have come up with the ideas that I did under pressure. The difficult part was that because I didn't intended for it to be a series there were things I didn't set up in the first novel which made things hard in book 2 and then book 3.
What gave you the idea for the series, and for how the story develops in THE JUMBIE GOD’S REVENGE in particular?
I originally thought I wanted a series, but then it wasn't bought as a series, so every book has had to develop on its own. The good news with that is that a reader could pick up any book in the series and start there. The idea for the jumbie god came while I was watching the awful hurricane season in 2017 and how it was devastating Caribbean nations. The Weather Channel mentioned a Carib god called Huracan. The Caribs are the indigenous people in Trinidad where I grew up. That was the very first thing I wrote on a post-it that went on my wall.
Do you have a favorite scene, quote, or moment from THE JUMBIE GOD’S REVENGE?
The moment that Corinne comes into her full jumbie powers when she is up in the mountains and goes to the fire to have a chat with Papa Bois is easily my favorite. It's powerful and surprising and also a little bit gross.
If you could tell your younger self anything about writing, what would it be?
That it has to be treated like any other skill. It takes time and patience and courage, but it also needs to be nurtured. I'd remind myself to be gentle. I went to Catholic all girl schools my whole life, so being gentle was never on the menu.
What are you currently reading? What’s in your TBR pile?
Reality is Not What it Seems: The Journey to Quantum Gravity by Carlo Rovelli (I read at least one physics book a year), Lalani of the Distant Sea by Erin Entrada Kelly, Hurricane Season by Nicole Melleby, Ancient West African Kingdoms: Ghana, Mali, & Songhai by Mary Quigley (for research for a nonfiction book I'm writing), An Indigenous Peoples' History of the United States for Young People by Roxanne Dunbar-Ortiz, and quite a few others for both research and pleasure.
Do you write to music? If so, what were you listening to while you wrote THE JUMBIE GOD’S REVENGE?
I find it too distracting to write to music, but I often take dance breaks where my assistant Barkley and I, let off steam in between long writing sessions. My music choices for dance sessions are pretty eclectic. It could be anything from classical to pop to rock. Barkley is quite fond of Motown, but he is a terrible dancer. Two left feet. Two right ones, too.
Book Three. 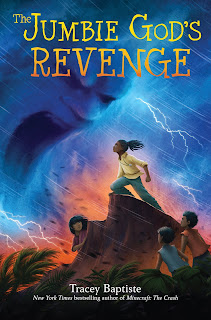 In book three of the popular Jumbies series, Corinne must use her emerging supernatural powers to battle the angry god who would destroy her Caribbean island home.

When an out-of-season hurricane sweeps through Corinne’s seaside village, Corinne knows it’s not a typical storm. At first Corinne believes Mama D’Leau—the powerful and cruel jumbie who rules the ocean—has caused the hurricane. Then a second, even more ferocious storm wrecks the island, sending villagers fleeing their houses for shelter in the mountains, and Corinne discovers the storms weren’t caused by a jumbie, but by the angry god Huracan.

Now Corinne, with the help of her friends and even some of her enemies, must race against time to find out what has angered Huracan and try to fix it before her island home is destroyed forever. 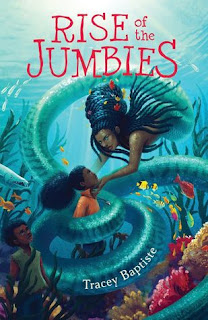 Corinne LaMer defeated the wicked jumbie Severine months ago, but things haven’t exactly gone back to normal in her Caribbean island home. Everyone knows Corinne is half-jumbie, and many of her neighbors treat her with mistrust. When local children begin to go missing, snatched from the beach and vanishing into wells, suspicious eyes turn to Corinne.

To rescue the missing children and clear her own name, Corinne goes deep into the ocean to find Mama D’Leau, the dangerous jumbie who rules the sea. But Mama D’Leau’s help comes with a price. Corinne and her friends Dru, Bouki, and Malik must travel with mermaids across the ocean to the shores of Ghana to fetch a powerful object for Mama D’Leau. The only thing more perilous than Corinne’s adventures across the sea is the foe that waits for her back home.

With its action-packed storytelling, diverse characters, and inventive twists on Caribbean and West African mythology and fairy tales, Rise of the Jumbies will appeal to readers of A Snicker of Magic, Breadcrumbs, and Where the Mountain Meets the Moon. 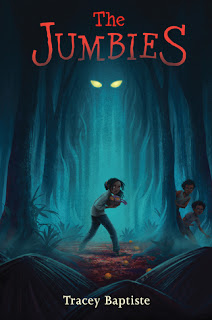 A spine-tingling tale rooted in Caribbean folklore that will have readers holding their breath as they fly through its pages.

Corinne La Mer isn't afraid of anything. Not scorpions, not the boys who tease her, and certainly not jumbies. They're just tricksters parents make up to frighten their children. Then one night Corinne chases an agouti all the way into the forbidden forest. Those shining yellow eyes that followed her to the edge of the trees, they couldn't belong to a jumbie. Or could they?

When Corinne spots a beautiful stranger speaking to the town witch at the market the next day, she knows something unexpected is about to happen. And when this same beauty, called Severine, turns up at Corinne's house, cooking dinner for Corinne's father, Corinne is sure that danger is in the air. She soon finds out that bewitching her father, Pierre, is only the first step in Severine's plan to claim the entire island for the jumbies. Corinne must call on her courage and her friends and learn to use ancient magic she didn't know she possessed to stop Severine and save her island home.

With its able and gutsy heroine, lyrical narration, and inventive twist on the classic Haitian folktale "The Magic Orange Tree," The Jumbies will be a favorite of fans of Breadcrumbs, A Tale Dark and Grimm, and Where the Mountain Meets the Moon. 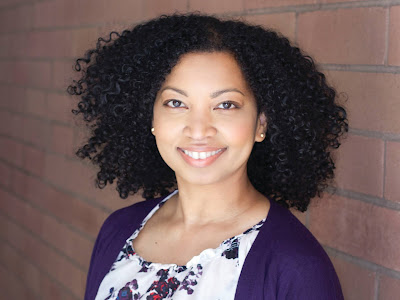 Tracey Baptiste is a New York Times bestselling author who grew up in Trinidad and Tobago on jumbie stories and fairy tales. Moving to the United States at fifteen was one of the hardest and most exciting times of her life. Tracey is a former elementary teacher and editor. She writes everything from picture books to middle grade and young adult novels, both fiction and nonfiction. She currently teaches at Lesley University's MFA program in Creative Writing. You can find her online at traceybaptiste.wordpress.com and on Twitter: @TraceyBaptiste