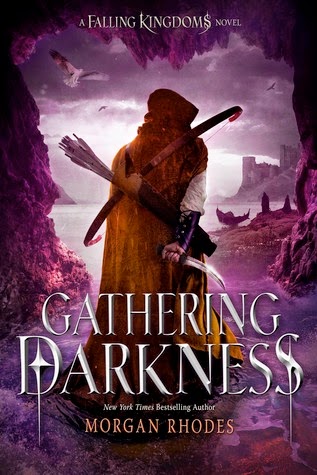 Love, vengeance, and greed spark a deadly quest for magic in the third book of the Falling Kingdoms series

Prince Magnus has just witnessed torture, death, and miracles during the bloody confrontation that decimated the rebel forces. Now he must choose between family and justice as his father, the cruel King Gaius, sets out to conquer all of Mytica. All Gaius needs now are the Kindred—the four elemental crystals that give godlike powers to their owner. But the King of Blood is not the only one hunting for this ancient, storied magic. . . .

THE KRAESHIANS join the hunt. Ashur and Amara, the royal siblings from the wealthy kingdom across the Silver Sea, charm and manipulate their way to the Kindred, proving to be more ruthless than perhaps even the King of Blood himself.

THE REBELS forge ahead. Princess Cleo and vengeful Jonas lead them, slaying with sweetness, skill, and a secret that can control Lucia’s overpowering magic—all so they can use the Kindred to win back their fallen kingdoms.

THE WATCHERS follow Melenia out of the Sanctuary. They ally in the flesh with King Gaius, who vows to use Lucia’s powers to unveil the Kindred.
The only certainty in these dark times is that whoever finds the magic first will control the fate of Mytica. . . . but the four element gods of the Kindred have other plans.

I can be dying to read this book despite not yet having read book two, right? Because hih. I have not yet been brave enough to do that. But I will once I get my pre-order of this gorgeous book. <3 Because I really did love Falling Kingdoms :D And I cannot wait to read more about Cleo and Jonas and Magnus. <3 Oh, and I also really adore the author. Morgan is awesome. So yes. I'm really excited about this :)
What are you waiting for on this magical wednesday?
Posted by Carina Olsen at 6:00 AM