The Queen of the Tearling Blog Tour: Review

I'm very happy to be a part of the International blog tour for The Queen of the Tearling. Huge thank you to Megan at HarperCollins International for inviting me and giving me a digital copy for review. <3 I'm very curious about the other blog posts and reviews. But oh, I'm so sorry to say that I did not like this book. It was just not for me. And that makes me so sad. Yet I'm also excited about being a part of the tour. And despite me not liking this book, I do want others to read and know about it. I want to know what you all think of this book too. There is not a giveaway for this blog tour, so go buy the book :) 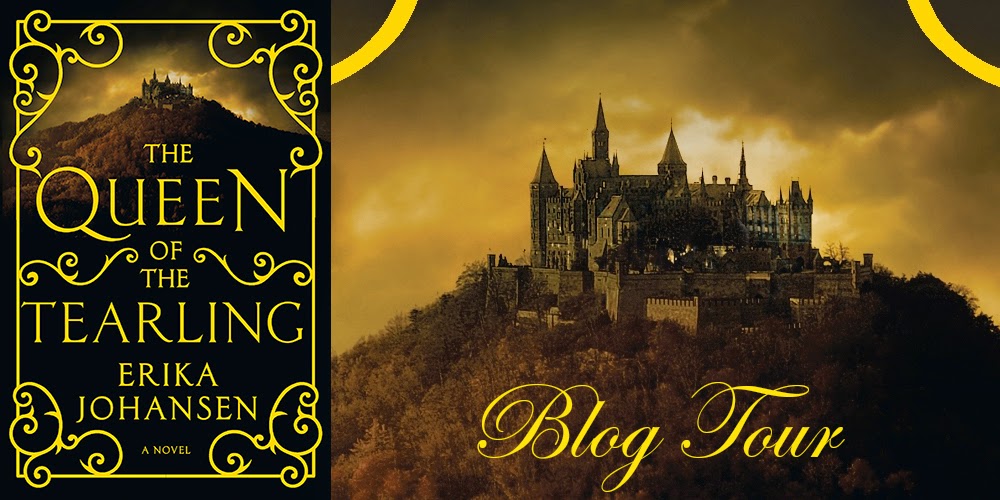 My review of The Queen of the Tearling.

I have so many things to say about The Queen of the Tearling. And not much of it is positive. I had so many issues with this book. And because of that, I'm sorry to say that my rating for this book is a one star. It was just not good enough for me. Not at all. I wanted to love it, oh how I wanted to love it. But it was impossible for me to do so. I have such bad luck with some books this year. Have read a lot of one star reads. And it always makes me sad when I don't love a book. But then. This book was just not.

I'm not sure yet what I wish to talk about in my review. I have so much I wish to say. Yet I kind of want to just stop thinking about it all together. I'm so disappointed that this book wasn't better for me. It could have been beautiful. It could have been perfect. But it wasn't. I do see that others might love it, though. But not me. Not me at all. This book just wasn't something I could ever love. First, I'm not even sure what genre it is. Think it's Adult. But main girl is 19. But language was pretty awful in the book too.

I already know that my review will not be very positive. I might have a few good thoughts about the ending. But not many. And I might include a few spoilers about the things that bothered me the most, but nothing too much. I think. So just be aware of that. Sigh. I just really wish I could have loved this book. But it was impossible for me. The writing wasn't all bad; but good writing means nothing to me if I hate the rest of the book. Which I did. The characters. The story. Just. This was not a book for me.

There are so many things I disliked about this book. First, the world. It is set somewhere in the future. I suppose. It could have been interesting. But I didn't care much at all. It felt like the future was like the past, and not in a good way. Not for me. I didn't care much for the world building at all. Because we never got to know how it ended up like that. Not that I wanted to know, either. Sigh. What we did get to know about this world was not good. Not good at all. Rapists. Murderers. Child rapists. Too much info.

What I disliked the most about this book was the main character, Kelsea. I did not like her one bit. I might even go so far to say that I hated her. Which doesn't happen all that often. She was just an awful character. So selfish. So mean. Okay, I might be the only one finding her so. But I did find her to be that way. I did not like her. I wish I had. But I didn't. She did so many things that I hated. She acted like a child. She was no queen. Not once. She did nothing. Kind of. She thought such cruel things about people.

To me, Kelsea was a character badly written. She was not written for people to like her. Despite it seeming that way. It seemed like the author wanted me to love her. But no matter how much she tried, I couldn't. Sigh. I couldn't believe how Kelsea acted towards people. How people treated her; she who was a queen. For god's sake. It was silly. It was stupid. No queen's guard would have been allowed to talk to her like that. To act towards her like that. It made me so angry, to be honest. Sigh. Just, not for me.


He was the ugliest creature Kelsea had ever seen in her life. Finally, she thought, regretting
her own unkindness even as it crossed her mind, someone who makes me look beautiful.

Thing is, a lot of the book focus on Kelsea being "plain." What pissed me off the most was when her whole guard saw her naked. Then she put on a towel. And she didn't want them to see her arms and legs. Which is normal. But then she thinks that she is being VAIN for thinking that. And she thinks that she should drop the towel to prove the point. What the fuck. That bothered me so much. And grrr. I just did not like this girl. I didn't like her at all. And I'm sorry. Well, okay, I'm not sorry. But I am honest.

Enough about her. She just makes me angry :p So much about her that I did not like. Anyway. The other things that I hated. Most of the book is boring. It bored me so much that it took me three days to read this book. I wanted to DNF it all the damn time. But I didn't. Only because it was a review book. Otherwise I would have left it ages ago. Sigh. It was boring. All the time. The ending was a little better, but it was so awful that I can't bring myself to higher my rating. Because I didn't truly like the ending.

Another thing that bothered me. There is no romance in this book. And I would have been fine with that, if the story had been good. But the story was not good at all. Ugh. There was a hint of a romance. With the Fetch. Whom I have no idea how old he is. I would be okay with 25. But then it sounds like he is 45 at a later time. And that grosses me out. I need to know how old he is. Either way, did not love him. Hated that she thought she did. All he said to her was that she was too plain for him. Hmph.


If I looked like Marguerite, the Fetch would worship at my feet.

I could talk forever about the things I hated in this book. Because there were many. I hated how the queen's guard was with Kelsea. They did not protect her. They did not respect her. They were fucking awful and she did nothing about it. My god. I didn't even like Mace. Or Pen. They didn't believe in her. Well, I hated her, but they should have loved her. Ugh. I just. Yes. I did not like them. The only character I did like was the girl she saved, with all the kids. She saw things. And I liked that. But too little of her.

What I disliked in this book was that it was beyond boring. But what made it even more boring was the added point of views. Of characters I could not care less about. I didn't understand the point of it. Well, I didn't understand the point of anything in this book. I might have liked the Red Queen. She was evil. She was the villain. And she was the only one I connected to and wanted to know more about. But, of course, we barely saw her at all. Such a long book, but nothing exciting for me to read about. Sigh.

The ending. I was excited about the ending. Until all the death. All the talk about child rape. Seriously. I get that things are bad. But do you have to mention it all the time? It bothered me. There were way too many details about it all. So I could not be happy about the ending either. Sigh. I am curious about what happens next. But not curious enough to read all of the next book. I will do my peeking. And I might read it if something more happens all the time. But I doubt it. Because this was not good. Not at all.

Anyway. Enough about all of this. I have talked too much, lol. And I still want to talk more about the bad things about this book. But I will not. Nope. Will just say that I don't think you should read this book. But at the same time I really want you all to read it, because I am curious how the rest of you will feel about it. So read it and let me know. I have much I want to discuss. Anyway. HUGE thank you to Megan at HarperCollins International for the eARC of this book via Edelweiss. <3 I'm sorry I didn't like it.
There are a few quotes from the book in my review. Of things I did not like. They may not be final.


What does she see when she looks in the mirror? Kelsea wondered. How could a woman
who looked so old still place so much importance on being attractive? She had read about
this particular delusion in books many times, but it was different to see it in practice. And for
all the anguish that Kelsea's own reflection had caused her lately, she saw now that there was
something far worse than being ugly: being ugly and thinking you were beautiful. 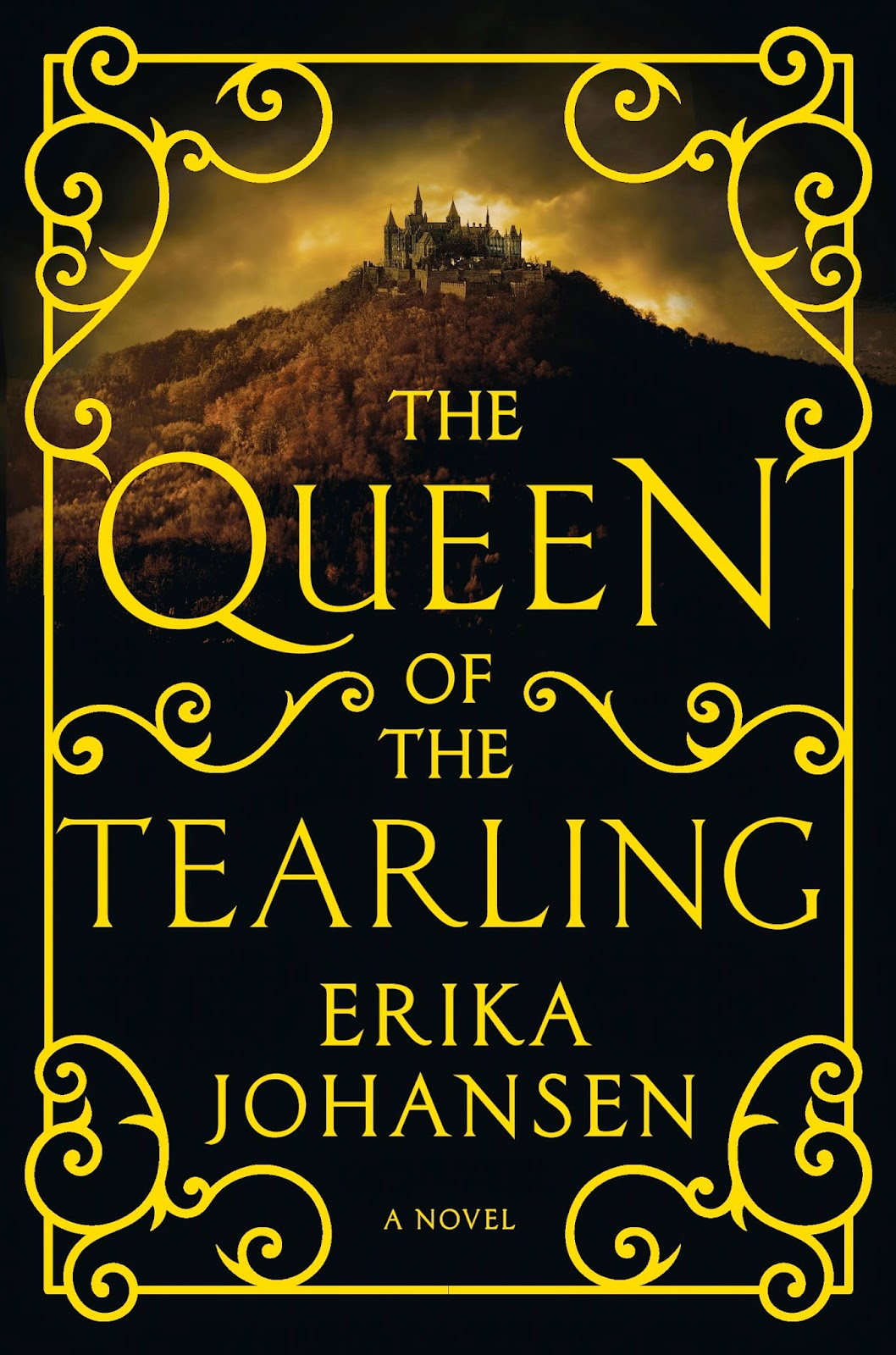 On her nineteenth birthday, Princess Kelsea Raleigh Glynn, raised in exile, sets out on a perilous journey back to the castle of her birth to ascend her rightful throne. Plain and serious, a girl who loves books and learning, Kelsea bears little resemblance to her mother, the vain and frivolous Queen Elyssa. But though she may be inexperienced and sheltered, Kelsea is not defenseless: Around her neck hangs the Tearling sapphire, a jewel of immense magical power; and accompanying her is the Queen’s Guard, a cadre of brave knights led by the enigmatic and dedicated Lazarus. Kelsea will need them all to survive a cabal of enemies who will use every weapon—from crimson-caped assassins to the darkest blood magic—to prevent her from wearing the crown.

Despite her royal blood, Kelsea feels like nothing so much as an insecure girl, a child called upon to lead a people and a kingdom about which she knows almost nothing. But what she discovers in the capital will change everything, confronting her with horrors she never imagined. An act of singular daring will throw Kelsea’s kingdom into tumult, unleashing the vengeance of the tyrannical ruler of neighboring Mortmesne: the Red Queen, a sorceress possessed of the darkest magic. Now Kelsea will begin to discover whom among the servants, aristocracy, and her own guard she can trust.

But the quest to save her kingdom and meet her destiny has only just begun—a wondrous journey of self-discovery and a trial by fire that will make her a legend…if she can survive.

Buy The Queen of the Tearling: Amazon - B&N - The Book Depository - Indiebound - CDON
Posted by Carina Olsen at 6:00 AM