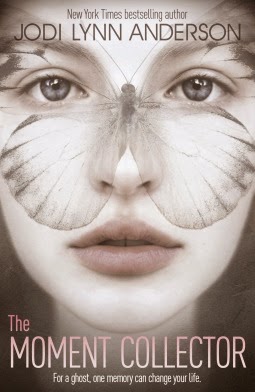 I regret reading this book. I regret it more than any other book I have read. I should say I'm sorry for that, but no. I'm not. Because seriously. Fuck this book. I hated it. And it's pissing me off. It was not for me. I had hoped it would be, because that cover is gorgeous, but it was not. Not in a million years. So yeah. Be aware that my review will not be positive. At all.

There are two versions of this book. And I have both. Okay, I have this version, the UK edition, in a print paperback. And the US edition, The Vanishing Season, as an eGalley. I do like both covers. Think they are stunning. But the book inside? Hah. It is killing me how awful I found it to be. Which I will try to explain.

I will not talk a lot about this book. Because I don't want to. I just want to say my opinion and be done with it. Be done with this book. But that will probably not happen, as it pissed me off so much. It will probably take me forever to forget it, which is just all kinds of unfair. Sigh. I want to never think of it again. Despite how gorgeous it looks. First, I wanted a murder mystery. And a great romance, like it said. I got neither. What I did got was just.. crap. I'm sorry. But it was. I did not like the writing. It wasn't awful, but I could not connect to a single thing or person. It was just written wrong. Sigh. At least for me. It do make me sad that I couldn't enjoy this book. But. Oh, well.

I didn't like that this book was told from a few different point of views. There was mostly Maggie. But there was also this ghost thingy. And it made no sense. It just didn't. I didn't care at all. Sigh. There were so many things that annoyed me. Like the time frame. It jumped back and forth and I did not understand it. And the dog at the end. Where the hell did it go? Did someone murder it? Take it? It was never answered. That pissed me off too. Sigh. Though, to be honest, I really didn't care that much.

Maggie. She was actually the only thing I liked in this book. But even so, I hated her too. She didn't stand up for herself. She didn't tell her "friends" that they hurt her. That they were being the biggest dicks in the world. And I hate her for that. I would never allow anyone to treat me that way. But Maggie did. Ugh. I'm not pleased. She didn't get her happy ending either. Which just sucked so much and made me even more pissed at this book. Even as I'm writing this I'm getting more and more angry at it all.

Oh, spoilers. Then there is Liam. And Pauline. I actually liked Liam at first. And I liked Pauline a little too. Though she didn't seem real. And sure, I do suppose they were meant to be together. But she was too stupid to do anything about it. So Liam and Maggie started kissing. And they loved each other. They said so! And for fuck's sake. That was the only part of the book I liked. Then Pauline kisses Liam. Maggie sees it. Yet no one tells her. No one speaks with her. She does nothing. Screw them all.

There was supposed to be a murder mystery in this book. But no. The killer is never caught. He just stops after killing many girls. It isn't exciting. It isn't interesting. I didn't get the plot in this book. Because there isn't any. There isn't anything interesting happening. The book was boring. All the time. I guess it was only about Maggie getting screwed over by her friends. Whom she seems to end up forgiving. What the fuck? I'm sorry, but this book pissed me off to no end. I will never forgive it.

I would not recommend this book to anyone. Sure, some might love it. But I'm hoping others will hate it like I did. Because it wasn't good. Not for me.. Sigh. But anyway. Huge thank you to Victoria at Hachette Childrens UK via BooksWithBiteUK. <3 And thank you to HarperTeen on Edelweiss for the auto-approval that made me download this book back in January. <3 I'm sorry that it sucked so much for me. But that's how it is sometimes. Ack. Yeah. The Moment Collector was not a book for me. Hoping I will forget it.