I have not read these books yet, but when the publisher contacted me to take part in the blog tour, I couldn't help but say yes :D Because these books seems pretty amazing, and I don't mind sharing about them with you all. Hoping to get to read them all one day :) They do sound so good. For my post today, I'm spotlighting the series. There are seven books, and Invision is coming out on May 3rd, which is my birthday. Which is pretty awesome :) Have any of you read these books yet? What do you think of them? Click the picture below to hunt for an awesome giveaway. Thank you Angie for letting me take part. <3 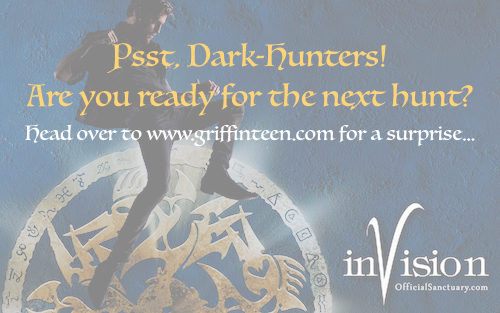 Hanging his head, he pushed his chair back to face her. “What do you want me to say, Kode? You saw what I did. It’s hopeless. I’m going to end this world. Whether it’s tomorrow or a thousand years from now. I’m going to lose it all. Break bad and tear humanity apart. . . . Don’t matter what we do. Whatever we try. We just delay the inevitable outcome. So I’m going to sit here with my eats. And just . . .” he let his voice trail off as the full horror of his future played through his mind for the five millionth time.
He was the end of everything.
Everyone.
All he loved.
The entire world would one day fall to Nick’s army of demons.
Yeah, there was something to put on his college applications. That ought to have schools lining up to accept him. Who wouldn’t want that as their alumnus? We have graduated senators, presidents, movers-and-shakers, and the Malachai demon who ate the world whole…
It was the one reality Nick wanted to deny and couldn’t. Everything eventually came back to that one inescapable fact he wanted to runaway from and couldn’t.
I’m only sixteen. Too young to deal with this crap.
He was supposed to be worried about his grades. About keeping his girl happy. Staying out of trouble. His mom finding his friend’s porn magazines stashed in his room. Getting to work on time. Making curfew.
Not hellgates and demons coming for the throats of his family and friends.
Definitely not about the fact that his birthright was to bring on the destruction of all humanity. 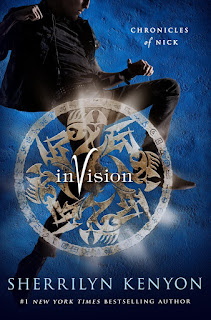 Think there’s a lot of pressure on your shoulders? Nick Gautier was born to bring about the end of the world . . . it’s not easy being the heir of a demon overlord.

But Nick is determined to thwart his destiny and get into a good college. To be more than his genetics and prophecy foretell. No one is ever going to tell this stubborn Cajun who and what he really is. Or how to live his life.

Not even the Fates of the Universe. But now that he and his team of ancient gods and demons have claimed the Eye of Ananke and he sees the missteps of the future, he has to battle the demons within that are far deadlier and more treacherous than any he’s battled before. All the while his arch nemesis is back and determined to reclaim his place as the harbinger for Armageddon. Even if it means killing Nick and barbecuing everyone he loves to do so. 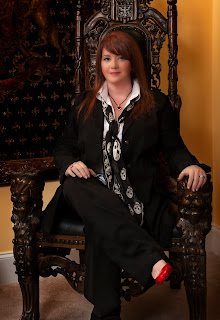 New York Times bestselling author Sherrilyn Kenyon is a regular in the #1 spot. This extraordinary bestseller continues to top every genre in which she writes. With more than 40 million copies of her books in print in more than one hundred countries, her current series include The Dark-Hunters, The League, and Chronicles of Nick. Her Chronicles of Nick and Dark-Hunter series are soon to be major motion pictures.

See all the book trailers here :)
Posted by Carina Olsen at 6:00 AM