I'm so happy to be a part of this blog tour for The Uninvited by Cat Winters :D Thank you so much Jessica & Rachel @ Bookslapped for letting me take part. <3 You should know that I ADORE Cat Winters. She is one of my favorite people and author. She is just the very best. So kind. And so talented :) I also really, really loved The Uninvited. <3 Such a perfect book. I cannot wait to read it again and again. Sigh. See my five star review for it here :) I have loved all her books so far. I hope you have read them too :D If not, then you really must. Because they are the best. Especially this one. The Uninvited is very special to me. So good. Today I'm sharing about the book + a giveaway hosted by Bookslapped :) International. You also really should check out USA Today right here to read an amazing excerpt from The Uninvited. <3 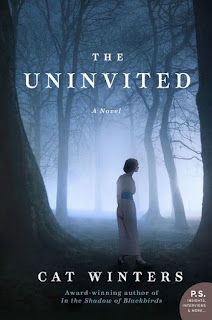 Twenty-five year old Ivy Rowan rises from her bed after being struck by the flu, only to discover the world has been torn apart in just a few short days.

But Ivy’s life-long gift—or curse—remains. For she sees the uninvited ones—ghosts of loved ones who appear to her, unasked, unwelcomed, for they always herald impending death. On that October evening in 1918 she sees the spirit of her grandmother, rocking in her mother’s chair. An hour later, she learns her younger brother and father have killed a young German out of retaliation for the death of Ivy’s older brother Billy in the Great War.

Horrified, she leaves home, to discover the flu has caused utter panic and the rules governing society have broken down. Ivy is drawn into this new world of jazz, passion, and freedom, where people live for the day, because they could be stricken by nightfall. But as her ‘uninvited guests’ begin to appear to her more often, she knows her life will be torn apart once more, but Ivy has no inkling of the other-worldly revelations about to unfold. 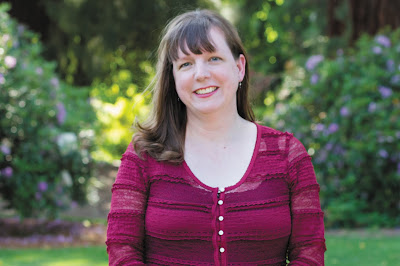 Cat Winters’s critically acclaimed debut novel, IN THE SHADOW OF BLACKBIRDS, was named a 2014 Morris Award Finalist, a School Library Journal Best Book of 2013, a 2014 Best Fiction for Young Adults pick, and a 2013 Bram Stoker Award Nominee. Her second novel, THE CURE FOR DREAMING, was named to the American Library Association's 2015 Amelia Bloomer Project, the 2014 Tiptree Award Longlist, and VOYA's Best Science Fiction, Fantasy, and Horror of 2014. Her upcoming books include THE UNINVITED (William Morrow/August 2015), THE STEEP AND THORNY WAY (Amulet Books/March 2016), and YESTERNIGHT (William Morrow/Summer 2016), and she's a contributor to the 2015 YA horror anthology SLASHER GIRLS & MONSTER BOYS. Winters lives in Portland, Oregon, with her husband and two kids.

Praise for The Uninvited:

“Dark and romantic…[The protagonist’s] compelling voice carries this gothic coming-of-age story, at once horrifying and tender, toward a revelatory yet hopeful conclusion.”
— Publishers Weekly

“A wonderfully atmospheric and intriguing novel. Cat Winters portrays a fascinating period in American history with clever writing and a delicious plot twist. A novel that is sure to keep readers hooked to the end.”
— Hazel Gaynor, New York Times bestselling author

August 12
Must Read Books or Die
She Reads New Adult

August 21
Fiction Fare
Blushing Babes are Up All Night 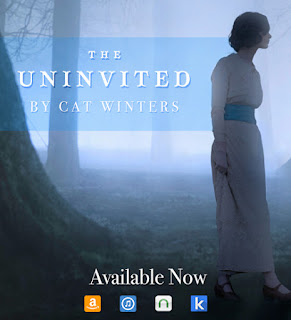