Happy book birthday to The Nightmare Charade :D Go out and buy this book.. Can't wait to get my copy. I'm so excited to take part in this blog tour :D I adore Mindee. Oh so much. She's amazing. I have yet to read The Nightmare Charade, but I'm planning on doing so this month, and I cannot wait :D I think it will be amazing and hoping that it will have a great ending :) Okay, I have peeked, but I'm saying nothing, hah :D But anyway. So excited about this book. And so thrilled to be taking part in this tour. <3 Thank you Mindee, and Shane for hosting :) I have this amazing guest post aka interview with Mindee, and I love it so much. Thank you for being the best Mindee. <3 Lots of love. Awesome giveaway at the end :) 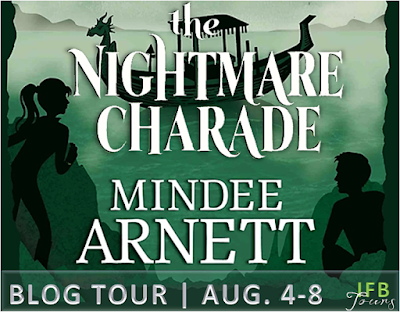 1. What dream do you remember the most?


My most vivid and recurring dream happened in childhood. I’m not sure how many readers will remember the original 1981 movie Clash of the Titans, but it was a touchstone of my childhood. I watched it religiously and was absolutely terrified of the Claymation Medusa. Enough so that I regularly dreamed that she was living in the basement of my dad’s house. I would have to walk down the stairs and enter the basement to slay her. 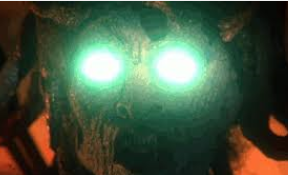 2. What have been your favorite moment to write in the trilogy?

It’s so hard to pick, but in the end it was probably the very last scene in the last book. I’m a big fan of endings, and I got to write the one I wanted in The Nightmare Charade. It was very satisfying and hopeful and bittersweet. I think I’ll remember it for a very long time.

3. Some memories from when you went to school? Did you go to boarding school? :)

I didn’t attend boarding school, which is probably a good thing. The closest I came to it was eight weeks of Army basic training between my junior and senior years of high school. I have to say those eight weeks were probably the most memorable of my school years for lots of reasons I won’t go into. The highlight of those weeks? Entering the gas chamber. Wait…maybe that’s the lowlight.

4. If you could have one magic power, what would it be and why?

To fly, hands down. I know it’s not the most useful or powerful of abilities, but it’s been my dream since I was kid. Actually, I used to have repeated dreams about being able to fly. It would be just so freeing to jump and go anywhere—anytime.

5. If you could choose to live in a book world, which book would you live in? :D

Harry Potter, hands down. Although a part of me would love to live in a fantasy world where everybody still rides horses and stuff, I would hate not having modern plumbing and medicine. But Harry Potter is the best of everything.

6. Is there anything you wish you could change from the trilogy?

Not really. I have a few regrets about the first book, but nothing I would actually change if given the chance. It was my first published book. I still had a lot to learn, and I still do, even now, five books later.  That’s one of the great joys and challenges about being a writer—you’re always learning and (hopefully) improving.

7. Which character, from all three books, do you enjoy writing about the most, and why?

8. Are there new characters in The Nightmare Charade you could share a bit about?

There aren’t very many new characters in this book. The only significant one I can think of is Detective Valentine. He’s brought in to investigate a crime that’s a bit too big and important for Sheriff Brackenberry. A little tidbit here, his name is in honor of the video games Resident Evil. There’s a little bit of a zombie-ish theme in this book. Another new minor character also has a fun name—Deanna Ackles. Clearly, any fan of Supernatural will get the honorific in that one right way, I think.

9. Are there any characters you hated in the trilogy? And if so, why? :D

Well, I definitely don’t love the bad guys. But I don’t hate them either. So I guess the answer is no. I like all my characters. They’re mine after all, a little piece of my heart and imagination. Even the villains.

10. Would love to know about your favorite books, new and old ones :)

My current favorites include The Scorpio Races, and The Raven Cycle series by Maggie Stiefvater, The Daughter of Smoke and Bone trilogy by Laini Taylor, The Grisha Trilogy by Leagh Bardugo, Ready Player One by Ernest Cline…there are a bunch more. For older books, I love the Stephanie Plum series by Janet Evanovich, Bag of Bones by Stephen King, Straight Man by Richard Russo, The Chronicles of Narnia by C.S. Lewis, The Sword-Dancer series and the Chronicles of the Cheysuli series by Jennifer Roberson, The Hero and the Crown by Robin McKinley, By the Sword by Mercedes Lackey. Seriously, I could go on forever.

11. What do you wish people reading your books will remember the most about them?

Hopefully that they had a good time, enjoyed themselves, and want to come back for more in my next books!

Thank you for such a fun visit! 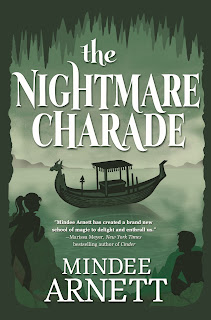 
The final installment in a thrilling fantastical mystery series.
Sixteen-year-old Dusty Everhart breaks into houses late at night, but not because she’s a criminal. No, she’s a Nightmare. Literally. Dusty is a magical being who feeds on human dreams.
Being the only Nightmare at Arkwell Academy, a boarding school for magickind, and living in the shadow of her mother’s infamy is hard enough, not to mention the crazy events of the past year. Dusty may have saved the day, but there are many days left in the year, and with an old foe back to seek revenge, she'll need all her strength to defeat him and save her friends.
Mindee Arnett thrills again in this stunning final installment in the Arkwell Academy series. 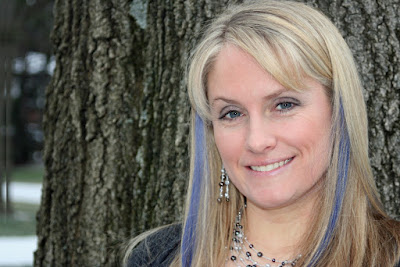 YA Author of THE NIGHTMARE AFFAIR, a contemporary fantasy coming March 5, 2013 from Tor Teen (Macmillan) and AVALON, a YA sci-fi thriller coming Winter 2014 from Balzer+Bray (HarperCollins). Represented by the fabulous Suzie Townsend of New Leaf Literary. Addicted to jumping horses and telling tales of magic, the macabre, and outer space.