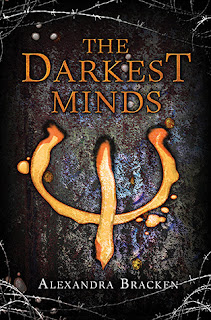 It took me a while to read this book. I wanted to read it and love it, I really did. But it was so hard to fall in love with this book. I love the cover, really do, so pretty. And it does fit in with the book as well, which was good. I also found the summary to be pretty awesome. So I was excited to read this book. And while it was very amazing, and a bit unique, I just failed to fall in love with it. A bit sad about that, actually. But still. :)

The writing is good. Not perfect, but not bad either :) I liked that. The characters are kind of awesome as well. And while I liked them very much, I still didn't love this book. But I liked Ruby. And Liam. And Chubs. And maybe Zu. Just didn't think that they were written well enough. But that's probably just my issue with this book. I'm sure others will love it a lot more than I did :D Because it is exciting, full of action. And a great plot. And some cute characters. Too little romance, though.

I did enjoy this book. I did. At least a little bit. So it might be a three and a half star. Maybe. I just didn't love it. Which kind of sucked. But anyway! What I did like about it was the plot. It's special and kind of awesome. I liked that just one day every child changed. For those above the age of 8. They got different. They started having powers. Things they could do. And yeah. That was all kinds of amazing. I liked that plot twist a lot. And I even liked that goddamn crazy place they got sent to. I mean, yes, it was awful. So, so awful. It hurt my heart a lot. But it was also perfect. Enjoyed that. But yeah. I didn't enjoy everything in this book :\

This is the story of Ruby. She got sent to this camp six years ago, when she was ten. There is a reason for why she was sent there. And it's a bit heartbreaking, but could have been better, I think. I still liked it, though. Everyone is afraid of these children. So they all send them to these camps, where they are supposed to get better, healthy. And I kind of understood that. But yeah. It was awful. But also pretty amazing. I do love a lot of pain. There is so many people in Ruby's camp. Many hundreds of kids.

We don't stay long in the camps, though. Just about 80 pages. But I liked reading about it, and I kind of wished the book had been from that place all the time. Would have liked it more, I think ;p A lot of awful things happened there. Won't spoil it, because I did like reading about it :) I liked reading about Ruby. I did. I just didn't love her. She was a bit dumb. And not just because she have been locked up for six years. Although I felt like she was too "smart" to have been gone from the real world for six year.

I mean, she knew the name of every car she saw on the outside of the camp. That annoyed me. And she knew many complicated words as well, and I don't think any ten year old would, or would remember after being gone for six year. It isn't a bit deal, but yeah, it annoyed me a bit. Still. I enjoyed Ruby. She has this power. And while I thought her power was amazing, I kind of hated her for having it, since she didn't do anything about it. She didn't even try. She just felt sorry for herself :p Did not approve.

But anyway! I did actually like her a bit :) We also get to know this guy called Liam. And I'm pretty sure I liked him. Just, well, I didn't fall in love with him, and that sucked. He could have been done amazingly. But he wasn't. First, on the same page, they call him Liam. Then Lee. Makes me think there is two different people. I liked the name Liam, though ;p I just didn't think he was written very well. He was a bit boring. And the romance could have been there, but it wasn't, and it made me upset.

The romance in this book is very little. Because Ruby is afraid and blah blah blah. It just annoyed me a whole lot :\ I'm sorry for being so negative. But yeah. I must be honest, and I didn't like it much. She and Liam could have been amazing together, though. And there is a little romance between them. But it's small, and it kind of sucked. It could have been so much more. Then, of course, kind of a love triangle. The other reason for me not liking this book much. So yeah. Down to a three star now :p

We get to meet this guy called Clancy. I think it was. He's kind of a love interest. I mean, Ruby spends A WHOLE MONTH in his goddamn bedroom on his goddamn bed with him alone. She doesn't see Liam at all in all that time. I hated it. And she thinks this new guy is the most attractive person ever and blaah. Heh. I just didn't like at all. She doesn't kiss him though, but he kisses her. Assaults her. And yeah. I hated it. Hated her a bit for it, because she wanted it, she says. Ugh. I did not like.

Anyway. There is other characters in this book that I did like a bit. Like Chubs. He was awesome. Well, okay, I didn't like him that much in the beginning, because he wasn't written right either, at least not to me. Sigh. But I did like him. He was sweet, and protective. But then this ending happened, and it wasn't fair, and I hated it. Ugh. Then there was Zu. I liked her a bit. But she was a bit weird as well. But she was cute and kind, but we didn't get to know her nearly enough. I didn't approve of that part at all.

Meh. I feel like my review is all negative things :\ I'm sorry about that. But not really. Because I do like being honest about how I feel about books. And yeah. I did not like this book. Okay, I did enjoy it a bit, and I will be reading the sequel, but I did not love it, and I doubt I will re-read it. But still. The plot is good. And I somehow enjoyed the writing. And I do think others will love this book, I just didn't. So you should give it a try :) Because it is good, kind of, and I mostly liked it ;p Bad ending, though.

Goodreads - Buy it
Posted by Carina Olsen at 9:04 PM