I'm excited to take part in this awesome blog tour today :D I haven't yet read these books by Wade Albert White, but I think they look so gorgeous and sounds aaamazing. Hoping to be able to read them one day. Thank you so much Jaime and Rachel @ Rockstar Book Tours for letting me take part in this tour. <3 Today I'm sharing an interview that I did with the author and a tour wide giveaway at the end of the post :)


1. What is your favorite book and movie about dragons?

If I’m allowed to separate the two, for books I would have to say The Hobbit. I’ve always been intrigued by the dragon Smaug. For movies, I would say “Pete’s Dragon” (the 1977 original). I remember seeing it as a kid, and it scared me to death (but in a good way). I thought the dragon was real and was too young to understand that it was just special effects, but I loved the story in the end.

2. If you were chosen to go on a quest, like your characters, would you have done so?

Yes, definitely. Which might sound like an odd answer to anyone who knows me, because I tend to be a bit of a homebody. But I think a quest would be a lot of fun, especially in the world my characters live in.

3. Which of all your characters would you say was the hardest to write about?

I introduce a new character in my second book, and he makes some unfortunate choices. What I found difficult about writing him is that I needed him to make these choices, but I also needed the reader to still like him in the end. That’s a tricky thing to pull off. I think the secret (if there is a secret) is remorse. If a character realizes they’ve messed up, and also try to make things right, I think it’s easier for the reader (and the other characters) to forgive them.

4. Do you have a favorite scene from this newest book, and if so, could you share a bit about it?

There’s a scene early in the book, just after the students flee the custody of the Wizards’ Council that I really enjoyed writing. They’re caught by a guard and have to fast-talk their way out of it. I won’t give anything away, but I really like the interactions between the characters and I also like the solution they come up with.

5. If you could live anywhere in the world, where would you live and why?

Well, I have to say where I live now (the Annapolis Valley of Nova Scotia) is pretty hard to beat. But if I had to choose someplace else, I think living at the top of a mountain would be pretty cool. I would enjoy the view, and there would be far less interruptions when I’m trying to write—except, of course for the people who climb mountains searching for hermits. They could become a problem. 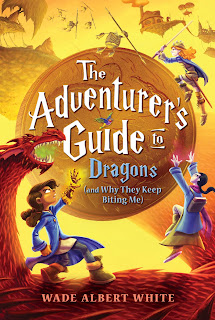 Get ready for dragons, robots, and an even more dangerous quest in the sequel to The Adventurer's Guide to Successful Escapes!

Anne, Penelope, and Hiro have returned to Saint Lupin's Quest Academy for Consistently Dangerous and Absolutely Terrifying Adventures, where there's only one way to leave: pass or fail. At the annual Quest Academy awards, they're recognized for their success in their first outing-Best Illegal Quest That Nearly Destroyed the Entire World--but a strange boy steals Anne's gauntlet and activates a new quest that pits them against all of dragonkind. Their charge: kill the dragon queen. The problem is, Anne doesn't want to kill any dragons! But ignoring a quest can have horrible consequences, just as killing the dragon queen would start an all-out war between people and dragons. To avert disaster, Anne and her friends will have to dodge robot attacks, defeat new foes, and survive the dangerous dragon trials just for a chance to explain.

With charming, funny text and lots of heart, The Adventurer's Guide to Dragons is the perfect read for anyone who likes fantasy with lots of laughter. 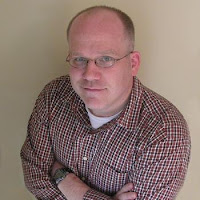 Wade hails from Nova Scotia, Canada, land of wild blueberries and Duck Tolling Retrievers. He teaches part-time, dabbles in animation, and spends the rest of his time as a stay-at-home dad. It is also possible he has set a new record as the slowest 10K runner. Ever. He owns one pretend cat and one real one, and they get along fabulously.

(3) winners will receive a finished copy of THE ADVENTURER'S GUIDE TO DRAGONS (AND WHY THEY KEEP BITING ME), US Only.