Well. I was so excited to take part in this blog tour, as I did enjoy the book a lot :) But then. Well. I haven't gotten any details from the tour hosts before my post was to go live, I haven't gotten any giveaway details either, and they have not responded to my emails or my tweet. Which I am finding a bit unprofessional. And it's annoying me greatly. But even so. I'm taking part in this tour. And I have written my review. And I found all the details myself. Even if they are going to be unprofessional, I am not. Hmph. Though I am very annoyed by it all. You can see the full tour schedule here, though I see that many posts have not showed up, probably because they also didn't get any details. Sigh. But anyway :D I am so happy to take part in this blog tour. And glad that I ordered the hardcover of this book for myself, before I signed up for this tour. I liked the book a bunch, and today I'm sharing my three star review of it :) Book is so pretty. 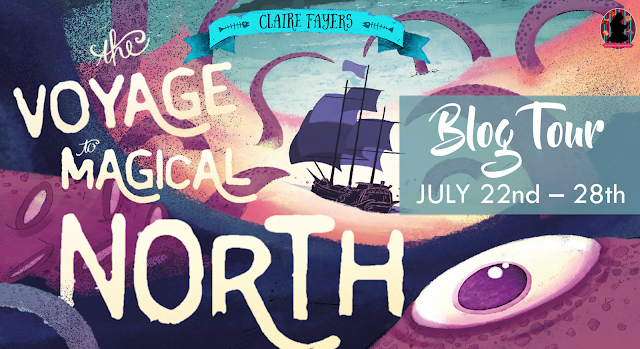 I'm unsure how to describe this book. I wrote a little bit in my preview review, but trying now to write even more. I'm pretty glad that I decided to read this book. Because I fell in love with Brine and Peter. And I liked the writing in this book a whole bunch. It is a fast read. I do wish it had been longer, though. But oh, it was pretty exciting. A bit dark too, which I loved. While I had some issues with the beginning, I grew to like this book a whole bunch. Still, a three star for me, but I liked it oh so much. Gosh, isn't it so pretty?

This book tells the story of twelve year of Brine. She was found on the ocean three years ago, and she doesn't remember anything about her life before. Which I found to be pretty interesting. And I am dying to know about her life before, as we didn't get to know much in this book at all. Hmph. But in book two, I'm sure it will happen. And I cannot wait. Brine was an awesome girl to read about. I loved reading about her life now, though I felt pretty bad about her having to be a servant. Sigh. But it also made sense. Sort of.

Brine was an awesome girl to read about. I didn't fully love her, but I really liked reading about her. And ah, Peter. I'm pretty sure he is twelve too. And I simply adored him so much. Reading about him was so much fun. Also because he can do magic. Which I loved very much. Eee. So exciting. At first, he and Brine are not friends. They just live together in the same house. But things go badly, and they are forced to leave. And they start getting to know each other better. And I loved their growing friendship so much.

There is a lot of characters in this book. I liked reading about them all. Though, lol, I did find the villain to be a bit silly. Shrugs. But still interesting to read about. I adored the cat that is on the ship. I loved getting to know the new younger boy, Tom, as well. He was pretty sweet. I liked the crew of the ship a whole bunch too. I'm a bit unsure about the character Cassie, aka the captain. I didn't like her in the beginning. Sigh. She forced them to work a lot at first, then she tried to sell them. Hmph. She got better, though.

This book is full of magic. Which I adored so much. I love reading about magic. And I liked that not so many people have magic. And Brine does not have any magic, and she's the main character. That made me happy too. I loved that Peter had it. But ugh. Yeah, I do feel like Brine will end up having magic in book two. Hmph. But anyway. This book was so exciting. So many dangerous creatures. There is actually a lot of death happening. Which I'm glad for. But it was a bit brutal too, lol. Like killer penguins. Shudders.

There is one thing I can't stop thinking about. There wasn't any romance in this one, which made me a bit sad, but I didn't mind that much. But yeah, I do ship Brine and Peter a whole bunch, lol. They would be so cute together. And I feel like they got so much closer near the end of the book. But then. Then Brine was thinking, and she mentioned that Peter was the closest thing she has to a brother. And ugh. I guess that means all my hopes of them starting to have feelings for each other are not worth it. But gah. I still want.

I don't really have anything negative to say about this book. I know, it is a three star for me. Usually that would mean that I had a lot of issues with a book. But not when it comes to this one. I just didn't love it like I wanted to. It had a slow beginning for me. It took a while for it to make me care. But I grew to like it a whole bunch. Still not above three stars, but a very strong one. Because I liked it a whole bunch. And I found the ending to be so awesome. But.. well. There wasn't a hug on page. That bothers me so much.

But yeah. I'm pretty glad that I read this book. Because I did end up liking it lots. And I'm glad I own this gorgeous hardcover. The cover is so pretty. Eee. Love. I saw on goodreads that there will be a second book. It didn't say what it will be about, but from the title, I'm pretty sure it is a direct sequel. Which makes me very excited, because I really wish to read more about Brine and Peter. And about the creature that showed up at the end of the book. Ack. So excited and curious. Anyway. You should all read this one. 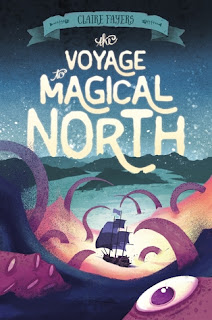 Twelve-year-old Brine Seaborne is a girl with a past--if only she could remember what it is. Found alone in a rowboat as a child, clutching a shard of the rare starshell needed for spell-casting, she's spent the past years keeping house for an irritable magician and his obnoxious apprentice, Peter.

When Brine and Peter get themselves into a load of trouble and flee, they blunder into the path of the legendary pirate ship the Onion. Before you can say "pieces of eight," they're up to their necks in the pirates' quest to find Magical North, a place so shrouded in secrets and myth that most people don't even think it exists. If Brine is lucky, she may find out who her parents are. And if she's unlucky, everyone on the ship will be eaten by sea monsters. It could really go either way. 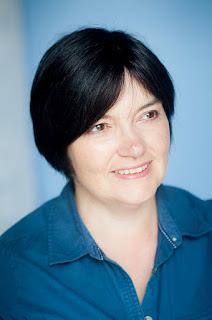 I live in South Wales, birthplace of the famous pirate, Henry Morgan.  I used to work at Cardiff University, first in health and safety (you will notice that my pirates fight VERY safely) and then in the university science library.  Now I write full-time at home with my husband and my two cats, usually stopped every chapter or two to let them in or out of the door.  (My cats, not my husband: he can already open doors.)

In my free time, I like skiing, flying kites, and music – I can play the cello a bit and I’m learning the piano.  I enjoy gardening and grow a lot of fruit and veg so if I come to visit you don’t be surprised if I bring a jar of jam.