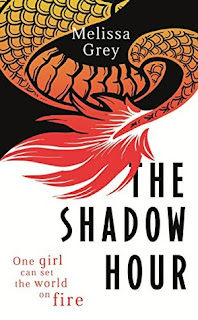 Oh. I'm not sure where to begin with this book. So I'm starting by saying that I'm really disappointed in it. I can't even deal with thinking about this book. It took me days to finish it. And I wanted to quit it a few times. Which makes me so, so sad. Because I wanted to love this book so badly. But that was just impossible.

I pretty much adored book one. I have now read it twice. And I like it a whole bunch. But there was the beginning of a love triangle. And I feared it would be more. And I was right. Ugh. I started reading this book, and then I looked at reviews. I learned some things that made me hate the book right away. Then I read them.

I guess it was a bit unfair of me to judge the book before I had read those parts for myself. But I could not help it. And even so, when I got to those parts myself, I was even more pissed off. Because, yeah. There are two love triangles in this book. And I am so pissed off and angry and disappointed. They are just making me so upset. Sigh. I shall explain about them all, but it will be spoilery, just so you know. But it wasn't just the triangles that bothered me in this book. I almost hated Echo all the time. She just bothered me. I'm not even sure why, mostly. I just did not care for her. And that was so disappointing, because I loved her in book one. Sigh. And I had issues with the writing in this one. And I just did not care one bit about things that were happening. Makes me so sad.

This book wasn't all bad, though. But it is hard for me to focus on the good things, when there were so many bad things for me in this book. Sad face. I shall talk about all of it. But yeah. I did like this book at times. I liked the plot a whole bunch. I adored Ivy at all times. I loved that she might get a love interest in Helios, and I want to read about that so badly. I adored Dorian too. Always. And I love Caius the most. But even he felt silly at times. And that just makes me so upset. Aw. I wanted it to be better. It was so not.

Okay. Time to start talking about all the things I did not like about this book. Might take me a while. And I'm sorry about that. But I did spend ages reading this book, and so I feel like I need to share all my thoughts about it. Which I really want to do. Sigh. I just wish I had loved this book. Hmph. Because I just read the gorgeous UK ARC of it. And I have ordered a hardcover and paperback of this book, and so it just sucks the most that I did not like it. Yet I'm going to own three copies of it. Sigh. So very annoying.

I'm going to start with Echo. And why I did not like her in this book. Well. Three months have passed by since the end of The Girl at Midnight. Echo and Caius and Dorian and Jasper have been living together in hiding since then. Yet it did not seem like Echo and Caius were closer at all. They held hands. And that's it. Ugh. He obviously cares for her. She seemed to care for him, but never shows it. It bothered me how she just about never thinks about him in this book. Almost never. Yet she thinks about Rowan all the time.

And that is my issue. Rowan. Echo's boyfriend for two months before she met Caius. She never broke up with Rowan. And she never told Caius about him. Wth. This bothers me more than I can say. You don't enter a new relationship, and just don't mention that you have a boyfriend. Ugh. Then, of course, Rowan shows up. Early. And is with them the entire book. He kisses Echo. She kiss him back. She never tells Caius. Like. Seriously. Uuugh. And in the entire book, she only kisses Caius once. What. So, so rude.

I did not think this book would have a love triangle. I thought it would be better than that. But it was not. I'm so disappointed. Echo doesn't even know what she wants. She thinks about Rowan often. And never about Caius. She doesn't even react all that much when Caius says he loves her. Oh, how I am annoyed with this girl. Because of the triangle, but also because I just did not care for her. Sure, she's the firebird, but whatever. I didn't care anymore. I didn't even care about her past. Not that interesting, to be honest.

Okay, one more Echo thing before I move on from that. Rowan had told his people that Caius was the one who killed Ruby. Which was untrue. Echo did that. Yet she doesn't admit it. She lets Caius take the fault for it. And that bothered me too. Ugh. But enough about all that. Another love triangle was in this book. I ship Dorian and Jasper so much. They are adorable. But then Jasper's ex, Quinn shows up. Ugh. Jasper is scared of him, yet drawn to him, and I did not approve. I think it is done with, but so annoying.

I'm not sure what else I wish to say about this book. There are so many things that bothered me. But I feel like I have mentioned most of them. The romance just killed me. Caius deserves the best. And I'm not sure Echo is that person. And that just hurts my heart. I just do not get the point of two love triangles in this book. Ugh. But yeah. I didn't fully hate The Shadow Hour. I just did not like it. Sorry. So two stars from me for this one. I wish it had been better. I truly do. But yeah. That did not happen. Hmph. Sad face.

I will say, however, that I am excited about the third and final book. Because this book ends with a cliffhanger. Sigh. And I wish to know how it all ends. But yeah. I won't be re-reading The Shadow Hour. Love triangle. And it isn't cleared up by the end of the book. So not my thing. I hated how Echo thought about Caius sometimes. Just bothered me so much. Sigh. Anyway. I'm giving a huge thank you to the amazing Stephanie at Atom UK for sending me this gorgeous UK ARC edition. I shall treasure it. Always.