So excited to be a part of this blog tour! Huge thank you to Gina at Macmillan for inviting me to take part in this tour. <3  You are awesome. And oh, how I love these books by Marie Rutkoski. I just read The Winner's Curse for the third time last week, and I adored this book so much. Then I read The Winner's Crime, which is also perfection. It is full of heartbreak, but I think you'll all love it. For my blogger post today I'm talking a bit about what I would pay too much for. Like how Kestrel paid too much for Arin when she bought him. And how she ended up with less. Well, I would say she ended up with more. Well. Maybe not after book two. But then there will be book three. And I am dying to know what happens next. I need more of Kestrel and Arin. <3 The Winner's Crime is coming out on March 3rd. <3 You should all pre-order it right away. Because this is an epic sequel. And I loved it to pieces. If you haven't read The Winner's Curse yet, you really should do so already :) These books are amazing. <3 And, oh my gosh! The title for book three has been revealed. It will be called The Winner's Kiss. Sigh. It is so beautiful. But I worry. I hope there will be lots of kissing. <3 But I fear it will be more like the kiss of death. Ack! So excited, though. This third book will be perfection, I'm sure. Cannot wait for it :)

The 'Winner's Curse' is an economics term that means you've gotten what you wanted -
but at too high a price. What would you pay too much for?

I wasn't fully sure if I was able to answer this question, as I'm not good at explaining things. But then I remembered that I have already done this. I have already paid too much for something; a few years back I was going for the first time to America with my mom, we were going to Orlando, Florida and Disney World. After having booked our stay, I learned that three of my favorite authors were going to be there at the same time as me. They would be at Ascendio to sign books. And gosh. I had to go. I just had to. And it ended up being way expensive. But also worth it, to me, but I paid way too much, I think.

First I had to pay for the tickets to Ascendio, for two days, though I was only going for the author signings. Tickets were expensive. Then we had to pay for taxi there, which also ended up being a lot of expensive. And I had to buy the books at a B&N store, which was also much higher than I pay while ordering books online. But then I went to the signing, and I got to meet some of my favorite authors, and I got my books signed. I had the most amazing time. But yeah. It was all kinds of expensive. I would pay it again, though, which is why this is my Winner's Curse. I would pay pretty much anything for books. They are my heart. And authors are the best. This is also the only event I have ever been to :)

Then I also have a second example. My gorgeous silver shaded persian cat. She is the best. But oh, how I have paid a lot of money for her. Buying her was expensive. I even had to fly to get her. Which cost a lot of money. But I would never be without her. <3 Though I'm not sure she was worth all that money. Hmph. So this is another case of my 'Winner's Curse', I think :) I'm not sure I did this the right way, but I hope so. If I have to choose a thing I do not own yet, it would be good health. I would never stop paying if I could not be sick anymore. Which isn't possible. How mean. What would you pay too much for? 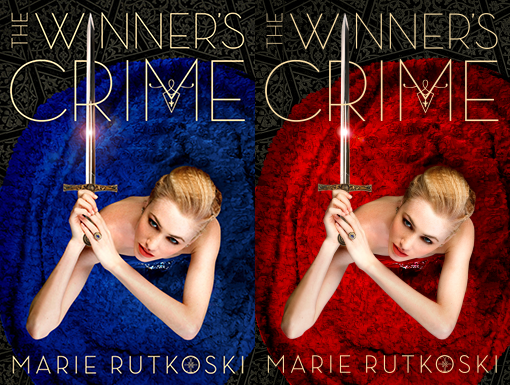 Book two of the dazzling Winner's Trilogy is a fight to the death as Kestrel risks betrayal of country for love.

The engagement of Lady Kestrel to Valoria’s crown prince means one celebration after another. But to Kestrel it means living in a cage of her own making. As the wedding approaches, she aches to tell Arin the truth about her engagement…if she could only trust him. Yet can she even trust herself? For—unknown to Arin—Kestrel is becoming a skilled practitioner of deceit: an anonymous spy passing information to Herran, and close to uncovering a shocking secret.

As Arin enlists dangerous allies in the struggle to keep his country’s freedom, he can’t fight the suspicion that Kestrel knows more than she shows. In the end, it might not be a dagger in the dark that cuts him open, but the truth. And when that happens, Kestrel and Arin learn just how much their crimes will cost them. 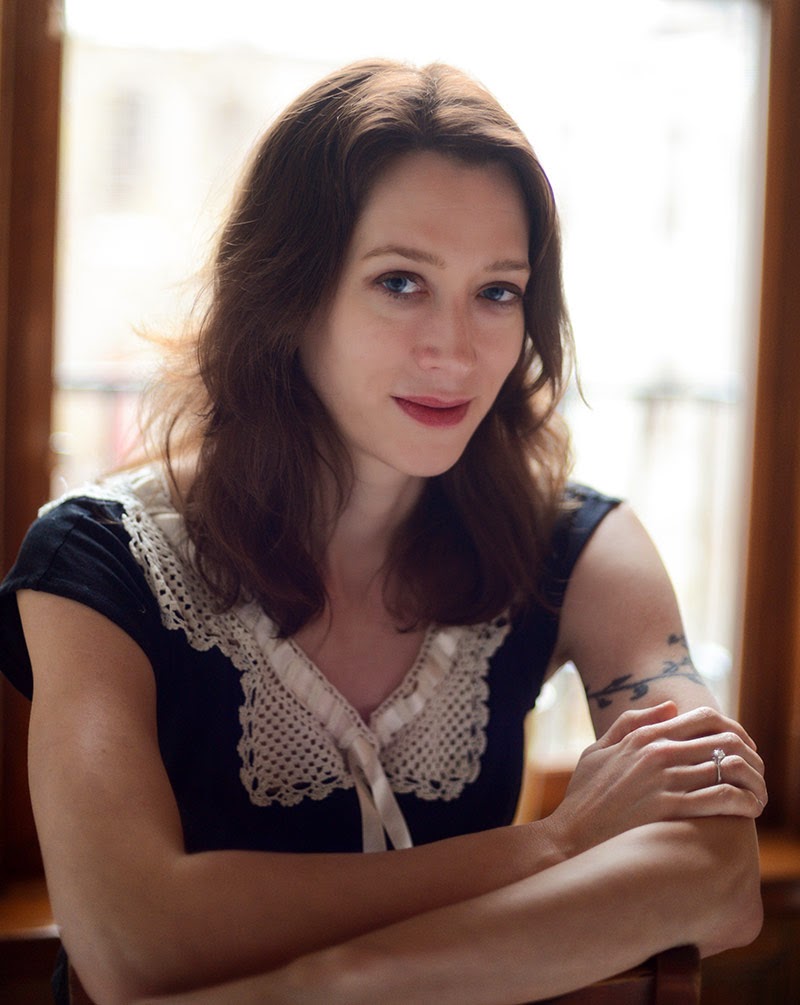 Where to buy the books:
Amazon. B&N. The Book Depository. IndieBound.

Giveaway Rules.
US Only. One Winner.
Hardcover of The Winner's Crime.
Must respond within 48 hours with address.
Book will be shipped by Gina at Macmillan. <3 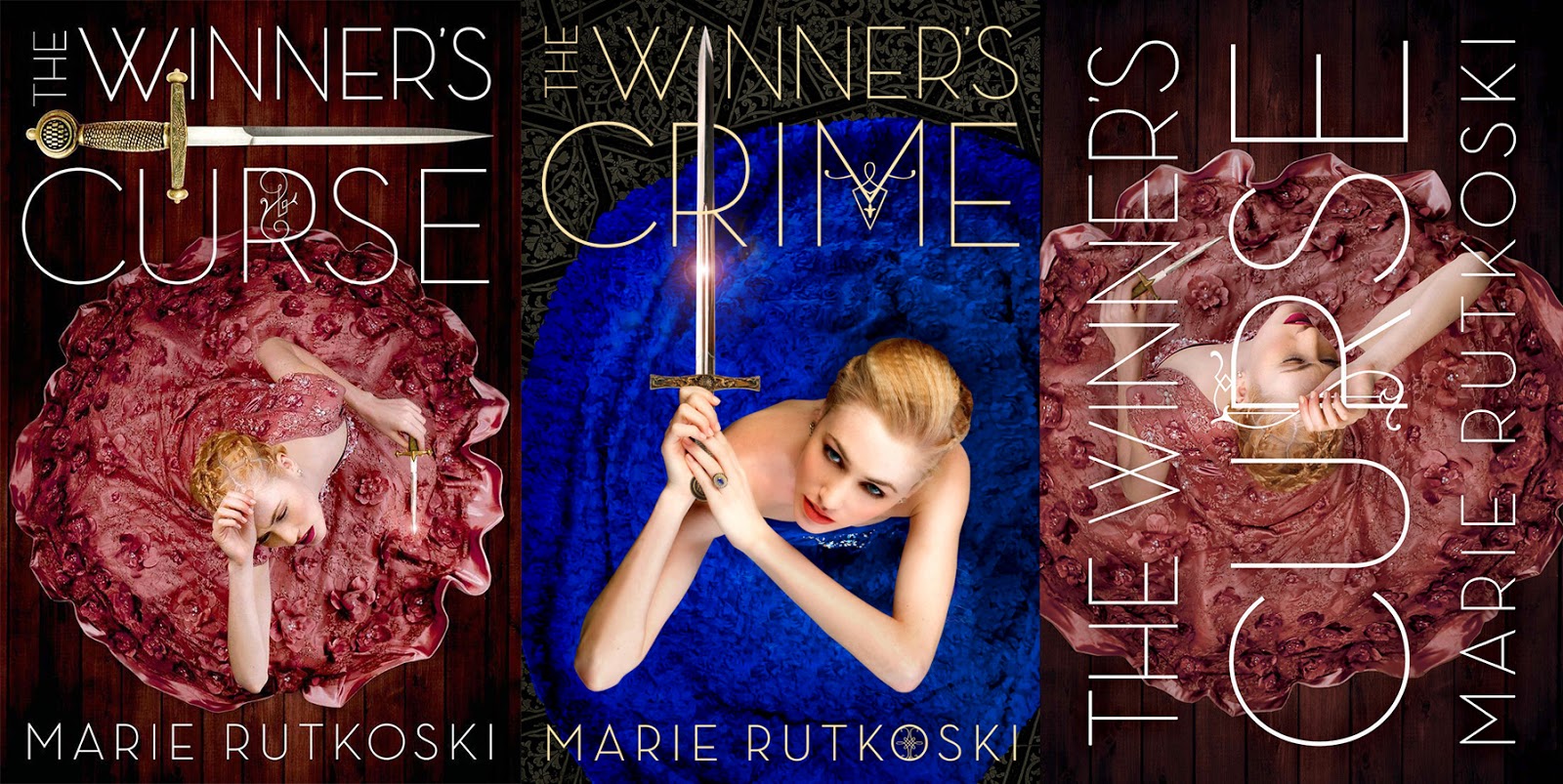