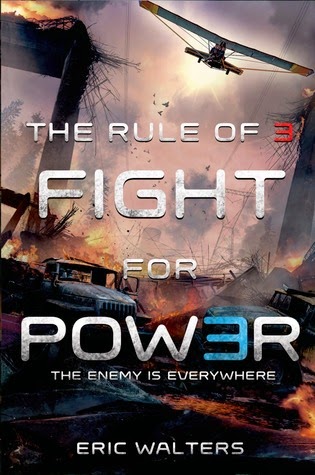 Well. I wasn't going to read this one. But because I'm part of the blog tour, I thought I should. And even though I did not like book one at all, I admit to being curious about this one, as I felt like book one ended way too soon. Hmph. I wish I could say I loved this book. But I actually liked it less than book one. Sad face.

It just makes me so sad that I disliked these books. But damn. They were not for me. Not at all. I really wanted them both to be amazing, but for me, they were all kinds of awful. I don't think there was anything I liked about this sequel. Sort of sorry for my negative review, but I'm going to be honest about it.

I know I should have read this sequel. As I did not like book one; it was a one star for me. But I was also curious about it. And since I had the ARC from Macmillan, I just had to read it. And, of course, the blog tour in a few days. So I gave it a try. And, honestly, I had hoped this sequel would be better than book one. But no. For me, this sequel was worse than the first one. Which I'm not even sure is possible. I just so wish I had loved these books. But so happy I didn't, because these books had a lot of issues. Especially this second one. Also. Book one just suddenly ended. And then book two starts up in the same damn scene. Seriously. They are still up in the plane. I have never read any series where that has happened. It bothered me.

One of the biggest issues for me in this sequel was the writing. I cannot stand it. I'm sorry. It was just.. awful. Not realistic. There is almost no talking at all in this book. Most of it just takes place inside of Adam's head. And that isn't a good thing. Nothing is happening. Sure, some deaths. Don't care. Some kisses. Don't care. Just as bad as the first book; we kissed. She is beautiful. But not a single damn thing about the girl. Or anyone else. Who are all these people? I have no damn idea. It annoyed me so much.

Then there was all my issues with Adam. He is still just sixteen. He is still being included in all the important meetings. He is still getting to decide things. He is still so damn smart. It isn't natural. And I still don't get how the he knew to fly so damn well. How he knew just about everything. Yet he was still such an idiot. He didn't see anything coming. He didn't understand anything about anyone. Well, there isn't enough going on anyway. Hah. There is so little interactions going on. And it bothered me greatly.

I just cannot with this book. It was all kinds of awful. I'm not going to bother to explain all the things I disliked about it, because I feel like I could talk about it for ages. But I don't want to. I really don't want to. But I shall mention a few things. Like this old guy, Herb. I don't get the point of him. How come he is in charge, sort of, how come he knows all the things? How come he have so many guns and other things? Those things bothered me too. Sigh. I'm using the word bothered a whole lot in my review right now.

Then there was that guy, Brett. Seriously. I couldn't care less. He is obviously not a good guy. Yet Adam is always thinking of him as the hero and blah blah blah. He didn't like him, but damn it. Stop thinking about that idiot. I just couldn't stand him. And he is in this book a lot. Just so much boring. So much things that didn't need to be there. So many dumb people. I wish this book had been better. I wish it had been more about the power being gone. I wish there had been less people. I wish it had been exciting.

Because, damn it. This book was so boring. I wanted to stop reading it at all times. But I managed to read it fast, with few breaks. Just wanted to be done with it. I was curious about some things, true, but I was never excited about a single thing. The writing was too dull for that. I still don't know what any of the characters look like. I still don't know what any of them likes doing. Who any of them are. Oh, Adam likes to fly. Which he does all the damn time. It got boring pretty fast. Sigh. Enough of this book for me.

Huge thank you to Ksenia at Macmillan Kids for sending me a review copy of Fight for Power. <3 You are the most awesome. I'm so sorry I disliked these books. But yeah. They weren't for me. I wish I could say I'm happy I read them, but I'm not. I'm curious about other thoughts, though. So if you do read it, please let me know :) I read this because of the blog tour in early January. I might get kicked off because of my negative reviews, but if not, I am happy about being a part of the blog tour for this book. <3 Hopefully.