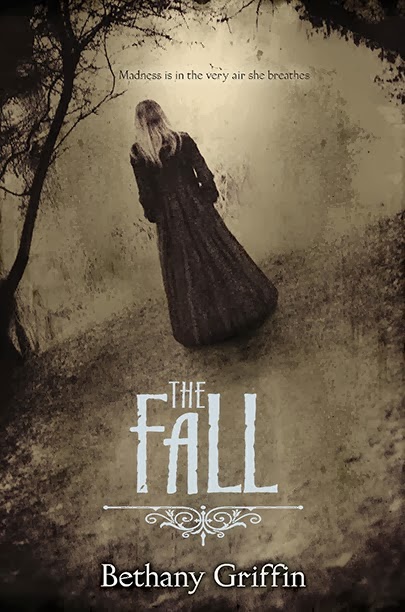 THE FALL BY BETHANY GRIFFIN

Madeline Usher is doomed.
She has spent her life fighting fate, and she thought she was succeeding. Until she woke up in a coffin.

Ushers die young. Ushers are cursed. Ushers can never leave their house, a house that haunts and is haunted, a house that almost seems to have a mind of its own. Madeline’s life—revealed through short bursts of memory—has hinged around her desperate plan to escape, to save herself and her brother. Her only chance lies in destroying the house.

In the end, can Madeline keep her own sanity and bring the house down? The Fall is a literary psychological thriller, reimagining Edgar Allan Poe’s classic The Fall of the House of Usher.

I really like Bethany Griffin. And I like the sound of this new book of hers. So I think I will enjoy it; most likely :D Sounds creepy, and I love creepy. Cover is creepy; and I pretty much love that too. Just wishing October were here already. <3 I think The Fall will be a great book. Can't wait to read it :)
What are you waiting for?
Posted by Carina Olsen at 6:00 AM