So- full disclosure- I’ve read a lot of trilogies, but I’ve never written one. I have written a stand alone novel, and of course, now I’ve completed a two books series, sometimes called a duology, a set, a couple of books? Right now trilogies are very popular, but they are far from a new thing, and usually they work.

Why do trilogies work? I think they generally follow the three act structure with the first book (while hopefully being a stand alone story) serving as the introduction, the second book encompassing the rising action and character arc, and the third book serving as the climax.

But the Red Death Saga didn’t fall into the trilogy mold. I meant to write one book, realized that I wasn’t going to be able to finish it in one volume and expanded into a two book series.

One of the challenges with two books is that book 2 in many ways has to do the jobs that books 2 and 3 would do in a traditional trilogy. Another difficulty inherent in the Red Death Saga is that book 1 ended on something of a cliff-hanger, so if you really think about it, rather than a book and a sequel, the two books are really just two halves of the same story rather than two stories featuring the same characters. If I ever write a two book series again, I won’t do it that way. 1. Because I don’t like to do things the same way twice and 2. Because I realized I love writing story openings; I’ve discovered that those are the most fun to write.

If I were to write two books again, each book would have an opening, a middle, and a climax.  Dance began at the point that would be the beginning of the book and it just kept building from there. It was fun, but didn’t have that new feeling of writing a new book that I always crave when I’m halfway through any manuscript. 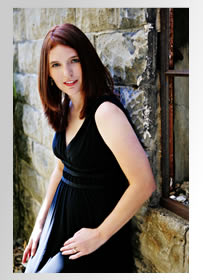 Where to buy the books:
Amazon - The Book Depository - Barnes & Noble