I am SO EXCITED about this cover reveal. And this book. I'm dying to read Endsinger. September cannot get here fast enough. I need to know what happens next. Ack. I loved Stormdancer and Kinslayer so so much. <3 Though that ending for Kinslayer.. it was beyond cruel. I just really truly need Endsinger. I need more of Yukiko and Buruu. <3 And Kin. I'm still shipping Yukiko and Kin. And I will be so heartbroken if they don't end up together, lol. ANYWAY. This is the US cover reveal for Endsinger. I might make another post when we get the UK one as well, hih, as I think all the cover are amazing. Sigh. Anyway. This cover for Endsinger is gorgeous. And I cannot wait to own it. Also. Jay has this AMAZING contest on his blog. It is killing me. I will win it. Just you wait, lol :) Also, Jay is such an amazing person. I adore him. He's also pretty funny to follow on twitter ;p Can't wait to read more by him. What do you think of the cover? 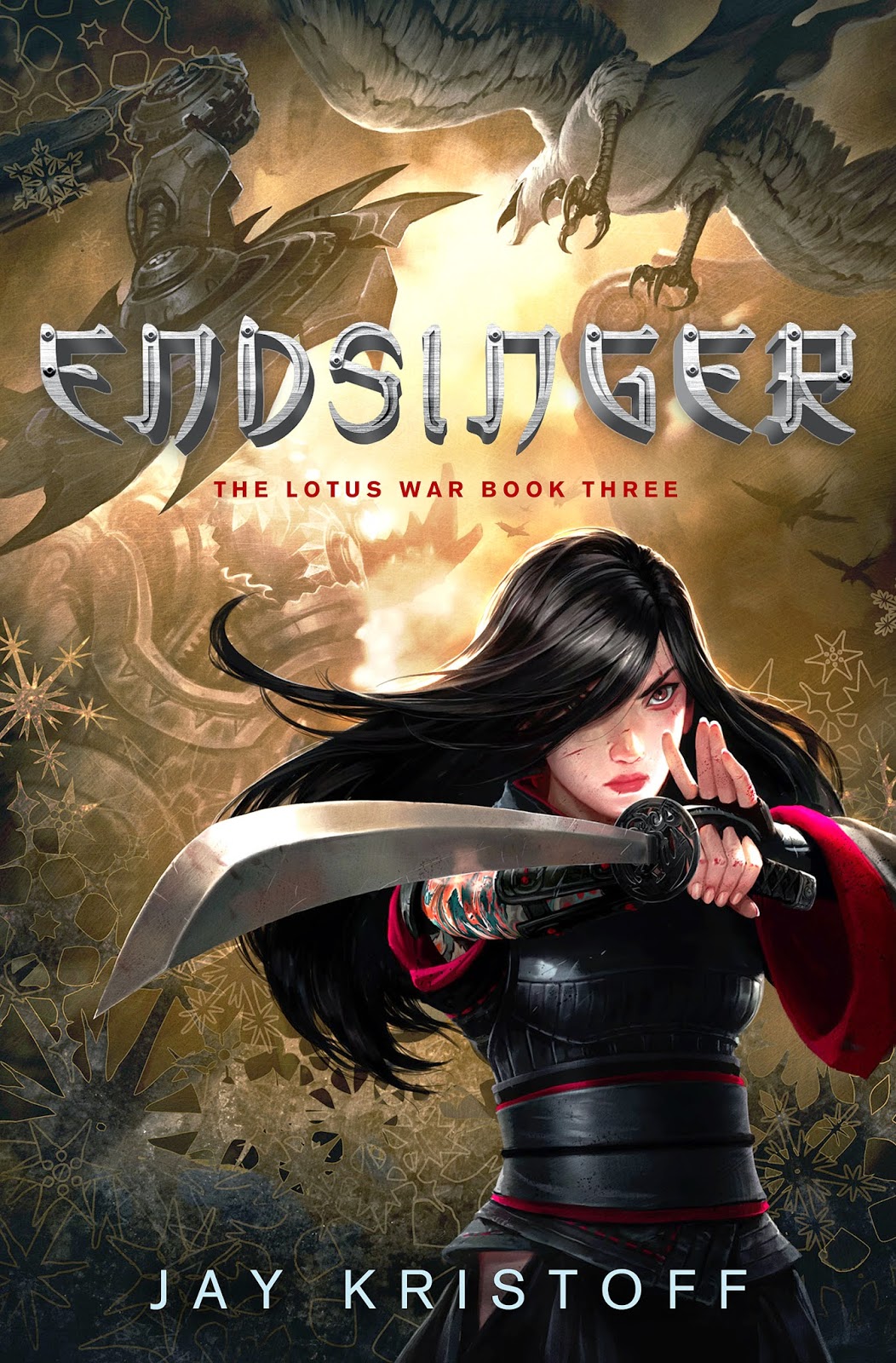 A TREMBLING EARTH
The flames of civil war sweep across the Shima Imperium. With their plans to renew the Kazumitsu dynasty foiled, the Lotus Guild unleash their deadliest creation—a mechanical goliath known as the Earthcrusher, intended to unite the shattered Empire under a yoke of fear. With the Tiger Clan and their puppet Daimyo Hiro in tow, the Guild marches toward a battle for absolute dominion over the Isles.

A BROKEN REBELLION
Yukiko and Buruu are forced to take leadership of the Kagé rebellion, gathering new allies and old friends in an effort to unite the country against the chi-mongers. But the ghosts of Buruu’s past stand between them and the army they need, and Kin’s betrayal has destroyed all trust among their allies. When a new foe joins the war tearing the Imperium apart, it will be all the pair can do to muster the strength to fight, let alone win.

A FINAL BATTLE
The traitor Kin walks the halls of Guild power, his destiny only a bloody knife-stroke away. Hana and Yoshi struggle to find their place in a world now looking to them as heroes. Secret cabals within the Lotus Guild claw and struggle; one toward darkness, the other toward light. And as the earth splits asunder, as armies destroy each other for rule over an empire of lifeless ash and the final secret about blood lotus is revealed, the people of Shima will learn one last, horrifying truth.

There is nothing a mother will not do to keep her children by her side. 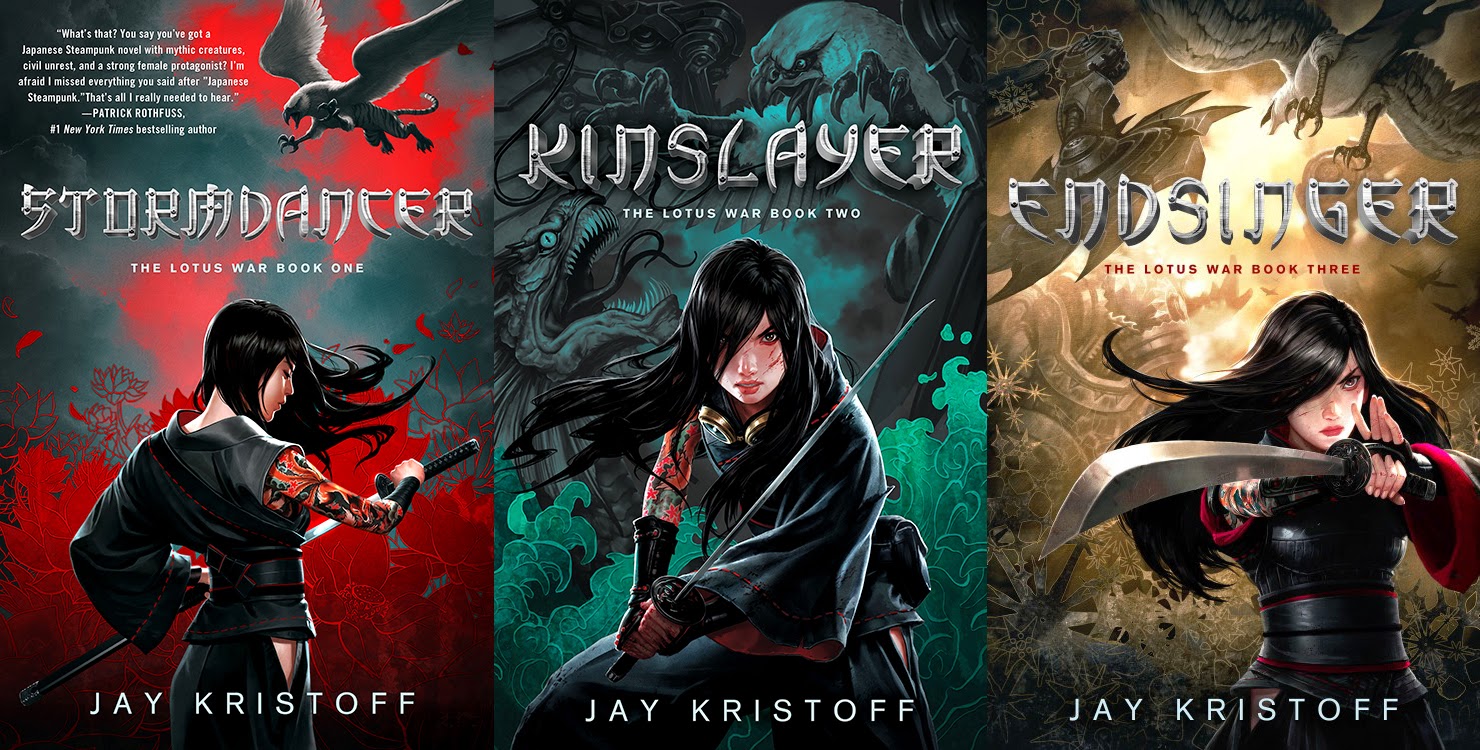